Victoria Cross winner Ben Roberts-Smith was asked to read the names of Corporal Scott Smith and Corporal Cameron Baird as they were added to the Roll of Honour with 102,000 Australians lost in wars around the world over the past century.

The soldiers were the 39th and 40th Australian soldiers killed there in the past 12 years – Australian troops will be withdrawn from Afghanistan by the end of this year.

Services were held around the country with a minute’s silence at 11am.

Meanwhile in Sydney, Australia and England’s cricket teams also paid their respects to fallen soliders and marked 95 years since the end of World War I, with captains Michael Clarke and Alastair Cook laying wreaths together at the Cenotaph in Sydney’s Martin Place. 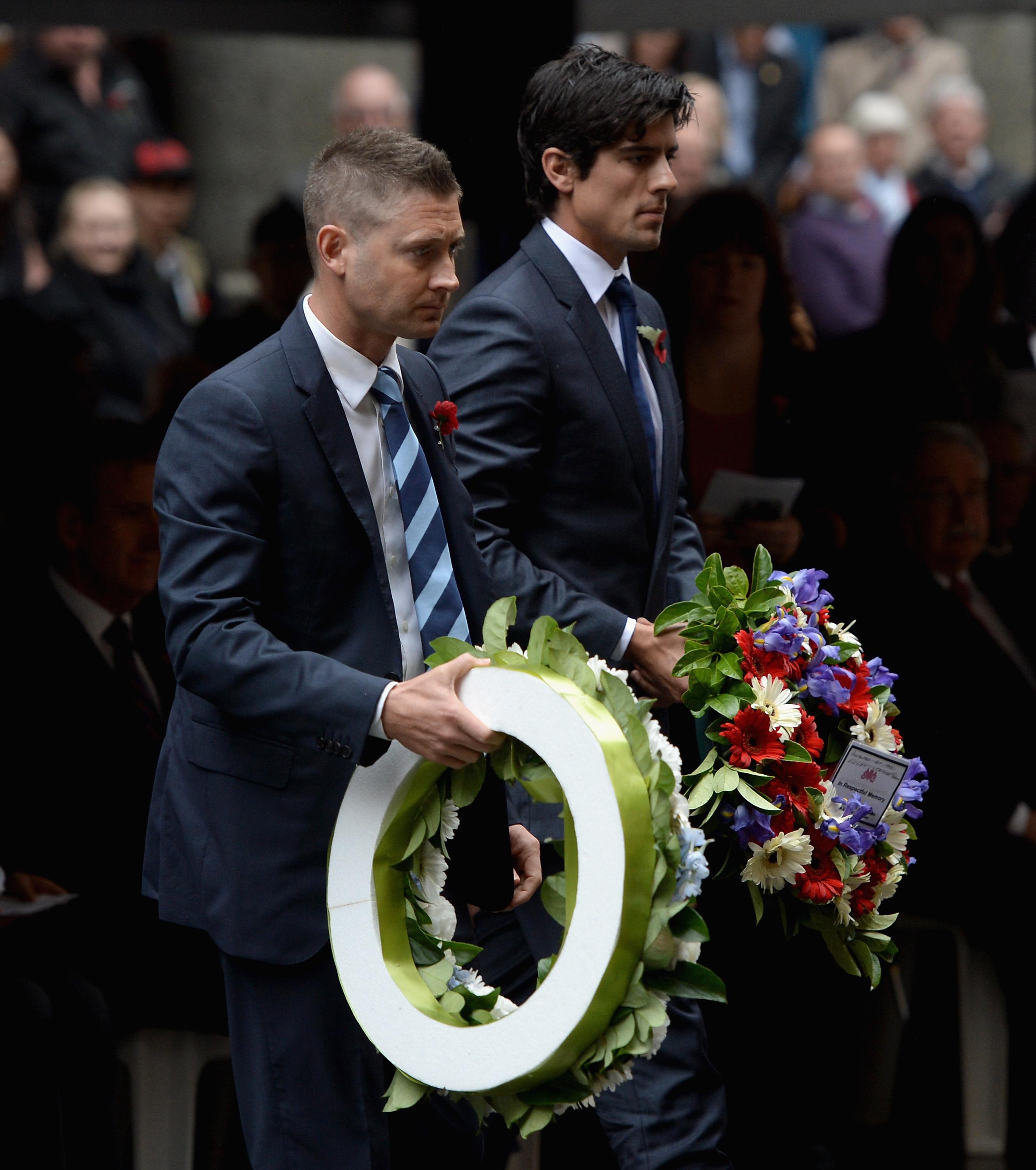