Amy Winehouse was remembered by fans last night with an unplanned street party outside her house in Camden Square, following the singer’s funeral in Edgwarebury cemetery.

While Winehouse’s friends and family gathered for her funeral and cremation, fans held their own memorial, congregating amid the sea of floral tributes, drinks, cigarettes, messages and pictures that have been left in the street.

Winehouse fans played songs like Valerie, Tears Dry On Their Own, Stronger Than Me and Fuck Me Pumps and chanted her name. 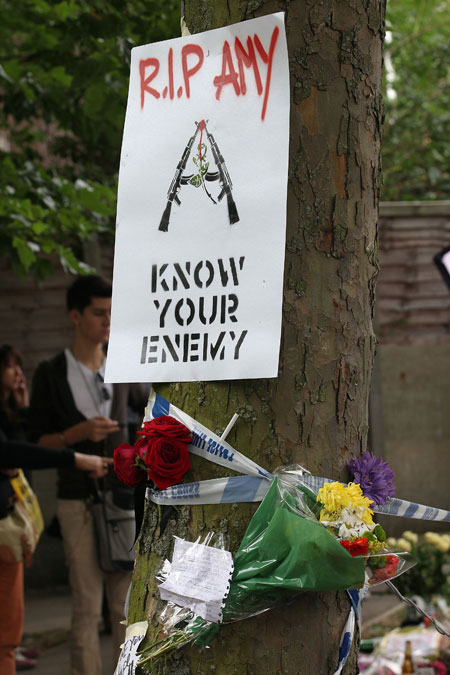 Candle light showed from a window at the top of the house and a security guard stood by the gate.

Winehouse's funeral took place earlier in the day at Edgwarebury cemetery before her body was cremated in Golders Green. 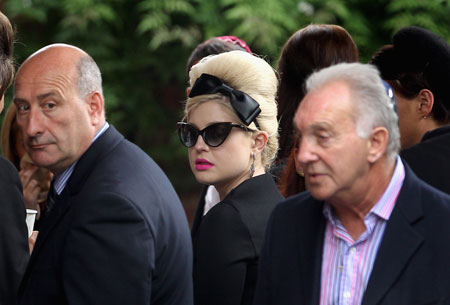 Meanwhile, Lady Gaga has spoken out the Back To Black singer’s death, telling fans not to “kill the superstar”.

Gaga also claimed that she used to be mistaken for Winehouse. 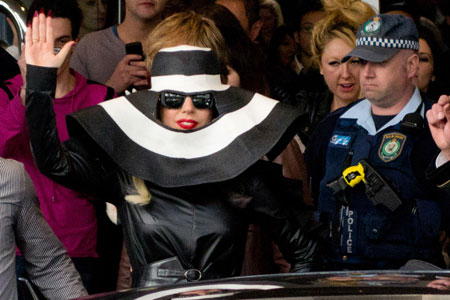 Lady Gaga has spoken about the death of Amy Winehouse

“I was nobody when she was first coming out. I would be on the street and people would go ‘Amy’”, Gaga said.

“I just remember feeling like I wasn't alone because she was so different.”

“It's a lesson to the world. Don't kill the superstar, take care of her soul.” 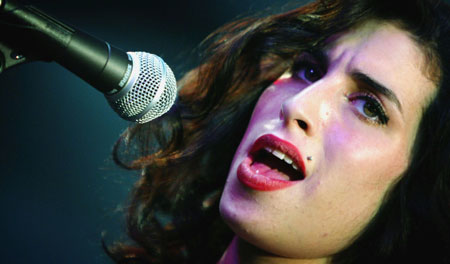 The cause of Amy Winehouse’s death is still not known. Results of the post-mortem examination and toxicology tests will not be revealed for four weeks.

Cat swinger gives himself up to the police

London festival: iTunes Festival 2013 at The Roundhouse on September 1- 29