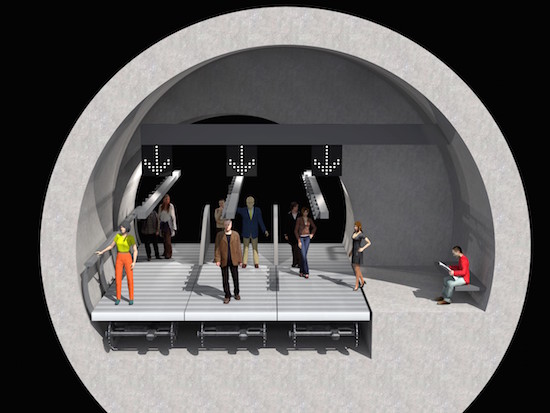 Each travelator would increase in speed from its adjacent walkway. Commuters would enter at the slowest speed of 3mph and slowly increase their pace by stepping onto adjacent walkways, up to a top speed of 15mph. When added to an average walking pace of 3mph, pedestrians would actually move faster on foot than today’s Circle Line trains, which must stop for boarding at each station. The result would be considerably quicker, more enjoyable – not to mention healthier journeys.

NBBJ was inspired to develop this concept to open new possibilities for putting the fun back into travelling on the Underground, for tourists and Londoners alike. The Circle Line carries 114 million people each year along its 17 miles of track. Currently able to accommodate eight trains at any one time and reach a top speed of 20 miles per hour, the line is one of the most congested in London, often subject to delays and frequently unpleasant for overheated commuters. 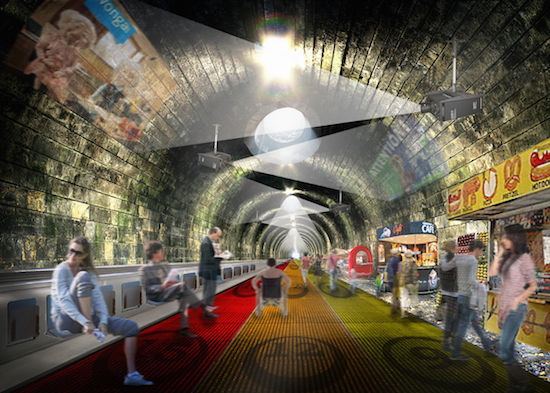 Warne insists age has not wearied him

Actress attacks Tony Abbott and others on climate change