Ashes 2013: Clarke praises Aussie ‘character’ but says a big job ahead to get a win on the board

They amassed a total of 527 with just seven wickets down before declaring and have already claimed two England wickets, including Lord’s centurian Joe Root.

“We’ve copped a little bit of criticism after the first two Tests, but the side has shown a lot of character and we should be extremely proud of the position we are in,” said Clarke, who became Stuart Broad’s 200th Test scalp after his marathon innings.

Clarke’s insistence that Australia was still in this series, despite losing at Trent Bridge and being flogged at Lord’s, has been steadfast.

“We worked exceptionally hard in the lead-up to this Test match and it was nice to get a result,” he said.

But after spending seven hours in the middle, he knows how good the pitch is for batting and the bowlers, who have been the best Aussie performers in the series so far, will have a tough day at the office ahead of them.

“The wicket is pretty flat, there’s not much movement and we’ll have to work even harder over the next three days to win this Test match,” Clarke said. “But our bowlers have got the discipline.

“I was also really pleased with the way Nathan Lyon bowled – he got a little bit of spin but, more importantly, there was also some bounce there, so I think he’s going to play a big part.” 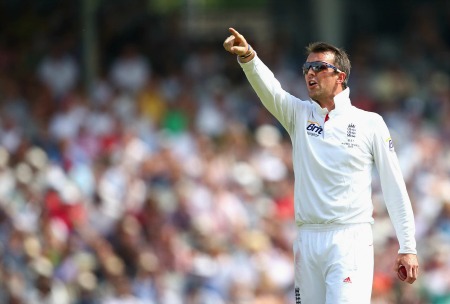 He conceded Australia are in the box seat but England have plenty of batting to come.

“They’re in a good position but I don’t know if they’re in an ideal position to win a Test match because we’ve only lost two wickets in our first innings,” Swann said.

“It’s going to be very good pitch for five days. But if Mitchell Starc’s foot holes dig up nicely it will make the off-spinner’s life a bit easier to the right-handers.

“It will be a very good pitch for batting on Saturday, still good on day four and then on day five, when we bowl Australia out, it will be amazing for bowling.”

The London Bike Show at the ExCel Centre