Ashes 2013: Cook wins the toss and England choose to bat

Despite the overcast weather at the Nottingham ground, Cook said the pitch looked like an exemplorary batting wicket.

Reports suggest the wicket is very dry with the BBC’s Phil Tuffnel saying that there were a few cracks we he expected to open up around day three.

Former Ashes opening bowler Steve Harmison said that he thought the Aussie bowlers wouldn’t mind the result of the toss. 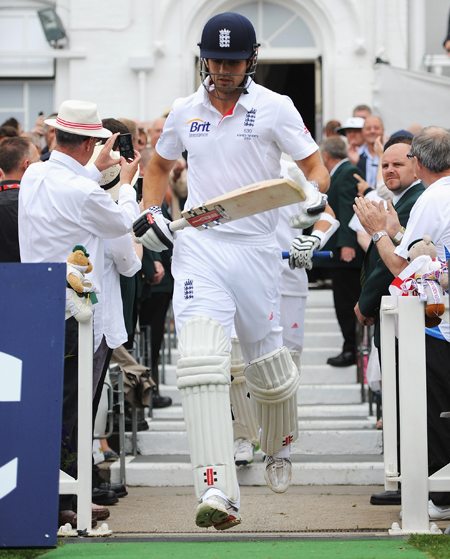 Alastair Cook running out on the first day

“The last thing you want to do after all this build-up is sit down for another day, they won’t mind getting out there,” he said.

Cook and Joe Root have opened batting and following three, inconsistent overs, England are six for no wicket after three overs.

Enjoy Christmas Shopping On A Budget