Rhossili Bay in Wales was listed 10th on the survey by Tripadvisor, which omitted all of Oz’s iconic beaches such as Bondi and Byron Bay or any of the stunners on the Western Australian coast.

New Limited journo Anthony Sharwood was livid – in a tongue in cheek kind of way.

“We simply could not believe it when we discovered a beach in South Wales on the list,” Sharwood wrote.

The gorgeous Whitehaven Beach in the Whitsunday Islands landed at number three behind number one, Sicily’s Rabbit Beach, and number two, Grace Bay in the Turks and Caicos.

With water at a brisk six degrees now and not much warmer in summer, the beach in a relaxed rural setting is apparently popular with Russian tourists, according to the journalist. Looks pretty good to us, albeit a bit chilly.

But we think his glitch is that this …. 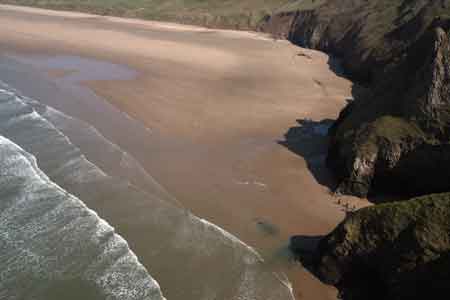 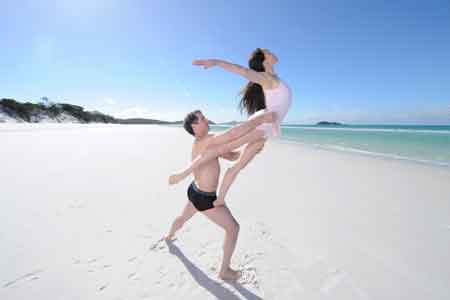 (Whitehaven, Whitsundays, where the Australian Ballet apparently hangs out)

And it doesn’t acknowledge this … 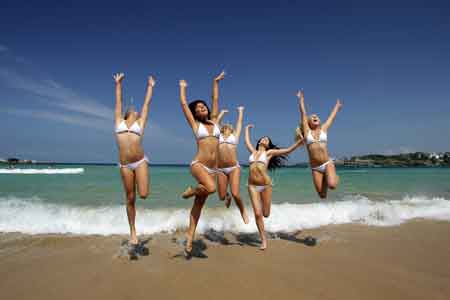 (Bondi Beach, where it’s totally normal for girls in white bikinis to prance about in groups like this).

The best beaches in the world (Tripadvisor survey)