Michael Clarke’s mesmeric 105 off 102 balls put Australia in a strong position, and his partnership with George Bailey, who bludgeoned 82 off just 67 balls, put the Baggy Greens out of sight.

It was Australia’s biggest ever ODI score against England in the UK and proved too much for Eoin Morgan’s men, who never really looked like threatening the Aussies.

England’s line-up raised a few eyebrows before the day started with many suggesting that they were a bowler short.

And that proved to be the case with England’s bowler display peaking in the first over from Steve Finn, during which he removed Steve Marsh and looked to have trapped Shane Watson with his next ball, though the review saved the Australian.

After that the Australia top order worked well to assert themselves attacking James Tredwell whose first couple of overs proved too expensive for Morgan who pulled him from the attack. 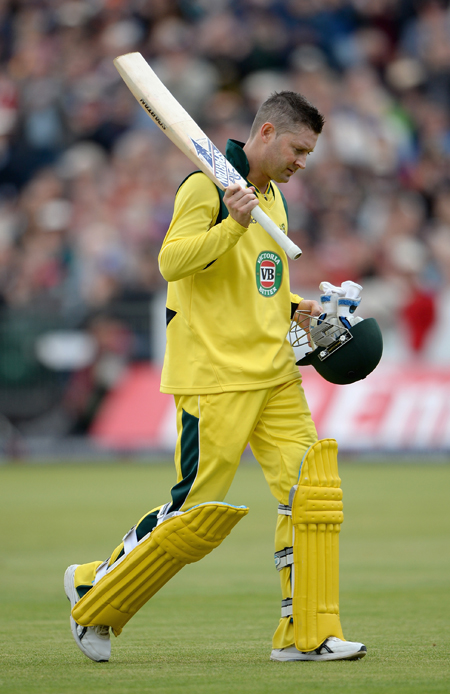 Boyd Rankin proved the pick of the English attack picking up Clarke’s wicket and Matthew Wade, for just 49 runs.

Tredwell returned to complete eight overs for 60, while Ravi Bopara chipped in with two wickets off his 10 overs for 57 runs.

At one point it looked as if Australia were going to notch something approaching 350, but still left England chasing 316.

Pantomime Aussie villain Mitchell Johnson was in fine fettle, sending Michael Carberry and Jonathan Trott back to the hutch before they could make any kind of a dent in the scorer’s pencil lead. 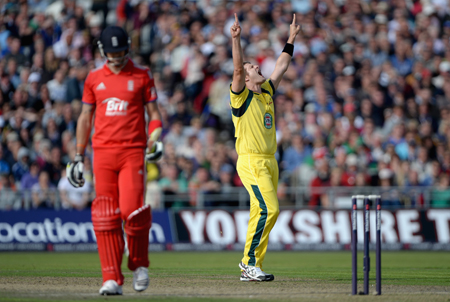 First Kevin Pietersen (60) then Eoin Morgan (54) and Jos Buttler provided some resistance, with the latter notching an impressive 75 off 65 balls. 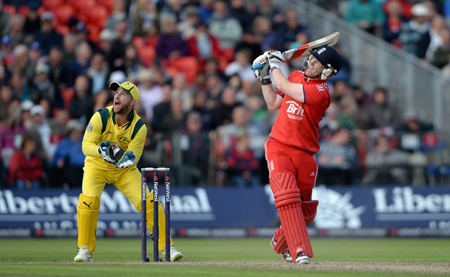 However, with the top order failing yet again, the middle order’s task was just too big, and with 10 overs left the game felt like a dead rubber.

Ben Stokes, who was being touted prior to the match as being an outsider for the Ashes, will be particularly disappointed with his performance with both bat and ball.

England were bowled out for 227 some five overs short of their 50 overs, with Rankin left not-out for one.

The Gloaming get ready to go on tour

An evening with Sly Stallone

Canterbury tales: A guide to New Zealand’s Christchurch and beyond