The mining boss, who owns the massive west coast operation Mineralology, and former owner of Gold Coast United FC, has announced that he has commissioned a Chinese firm to recreate the sunken liner with the same specifications and dimensions as the original.

The ship is scheduled to sail from England to New York in 2016 “It will be every bit as luxurious as the original Titanic but of course it will have state-of-the-art 21st century technology and the latest navigation and safety systems,” said Palmer in a statement to the press.

“It is going to be designed so it won’t sink…but, of course, if you are superstitious like you are, you never know what could happen.” said Palmer in response to journalists who questioned if recreating a ship which sank was a wise move. 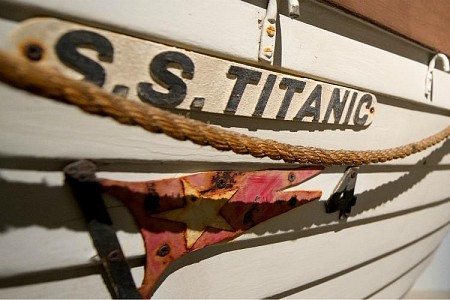 Palmer, one of Australia’s richest men, recently hit the headlines when he accused Greenpeace of being funded by the CIA to destroy Australia’s mining industry, a claim which was vehemently denied by the charity as well as the US secret service agency.

Oz Trip: If you’re happy and you snow it