The Ravens’ Jacoby Jones, playing in his home town in Louisiana, scored two touchdowns that will forever be highlights of Super Bowl highlights reels – the first a catch from a long Joe Flacco pass and the second a 108-yard kick-off return at the start of the second half in what is said to be the longest play in Super Bowl history.

He could have taken the ball and claimed a fair catch, but instead risked running it – it was as if the 49ers were standing still. 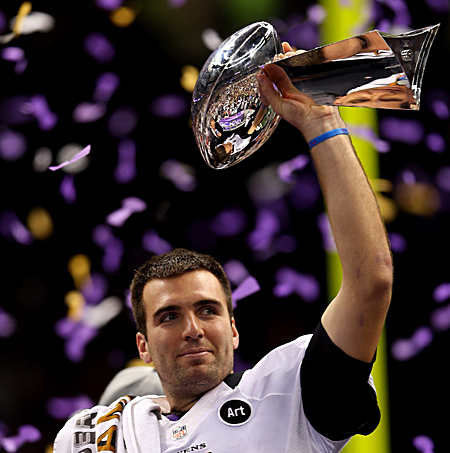 If anything had a chance of matching Beyonce’s sensational half-time show which included her reuniting with her Destiny’s Child mates Kelly Rowland and Michelle Williams, it was this.

And then the drama continued, as darkness then descended on the Superdome due to a power cut. 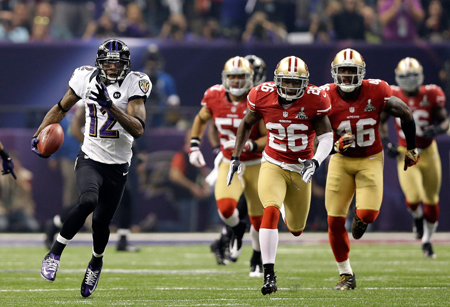 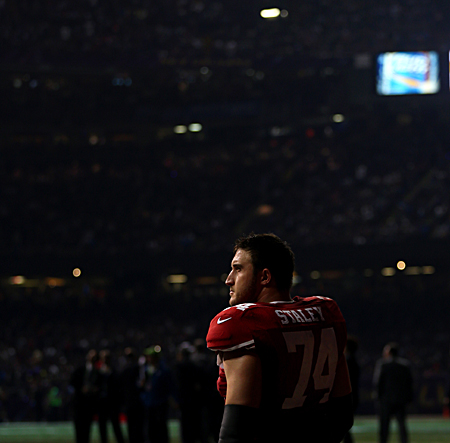 After a long delay, the 49ers came out firing and almost pulled off a spectacular comeback.

The came Jones’s first TD from a perfect floating Flacco pass which saw him go to ground – untouched by a defender he rose and made it to the endzone and took his team to 21-3.

The kick-return after the break took the Ravens, coached by John Harbaugh, to a commanding 28-6 lead.

But John’s brother Jim’s 49ers found something special after the blackout delay of 34 minutes.

A defensive error from the Ravens first let them in, then Frank Gore ran without challenge into the corner of the endzone from six yards out to take his side to 20-28. 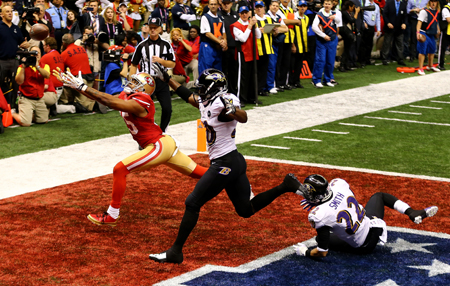 An exchange of field goals followed before the 49ers quarterback Colin Kaepernick made a 15-yard dash into the endzone after a long drive.

The two-point conversion missed before Justin Tucker landed a 38-yard field goal to take it to 34-29 in the Ravens favour and they were able to hold on, just.

Ravens linebacker Ray Lewis, who retires after 17 years with a second career Super Bowl ring said: “How could it end any other way than that. And now I get to ride into the sunset with my second ring. 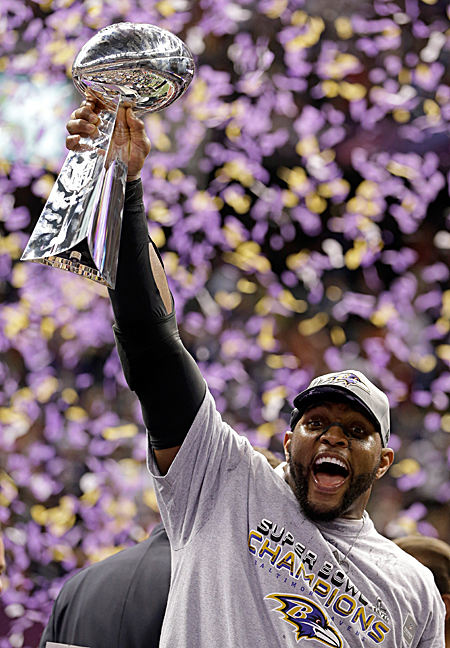 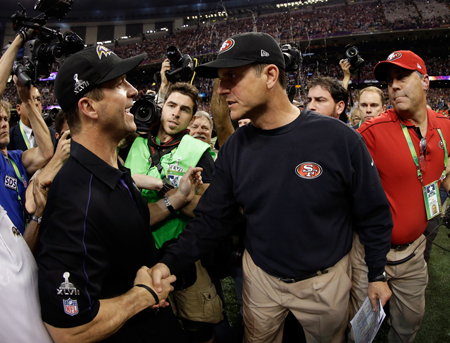 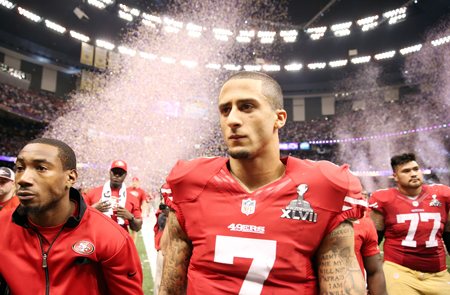 “It’s no greater way, as a champ, to go out on your last ride with the men that I went out with, with my team-mates. And you looked around this stadium and … Baltimore! Baltimore! We coming home, baby! We did it!”