Bestival 2010 was Year of the Fantastic. TNT’s Laura Adcock got her facepaint on and here’s what happened…

One of the best acts of Bestival 2010 were recent Mercury Music winners The XX, who played the Big Top on Friday evening. The tent was absolutely rammed with the crowd stretching down the hill and, after leaving it too late to make it inside, we managed to sneakily jump the barrier and crawl under the tarpaulin like teenagers. I may have had grubby knees but the atmosphere inside was incredible, and it was their last gig for a couple of years. 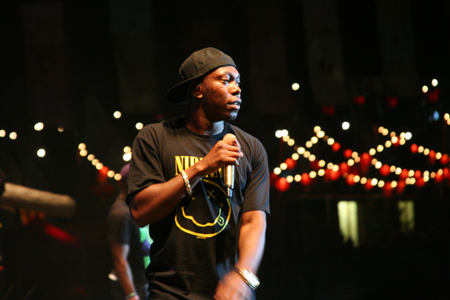 Festival addict and Friday night headliner Dizzee Rascal never fails to disappoint while the Flaming Lips’ and their lightshow were mindblowing. 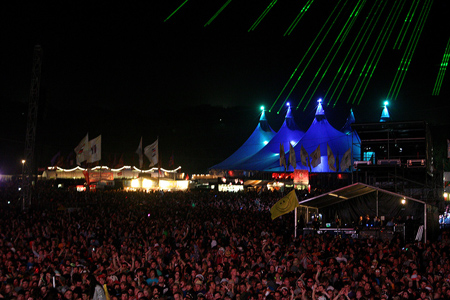 But the funniest thing about the weekend was all the random fancy dress. 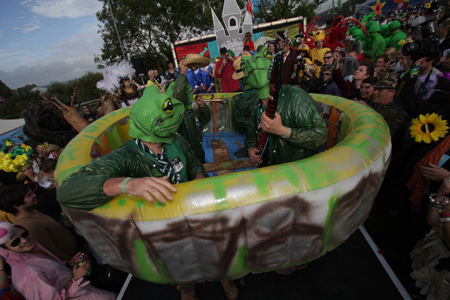 The best costumes were the homemade ones, and group efforts were hilarious – toy soldiers, muppets, oompa lumpers – all jumping around to Rolf Harris on the main stage. 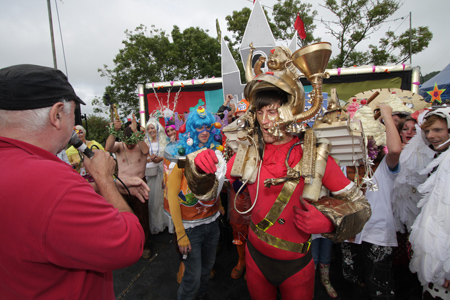 My friend and I went as Roy Lichtenstein’s pop art and of course the only rain of the weekend arrived on cue as the facepaint was applied! I looked a lot like a scary 12-year-old clown, but a fair few people understood what we were supposed to be. 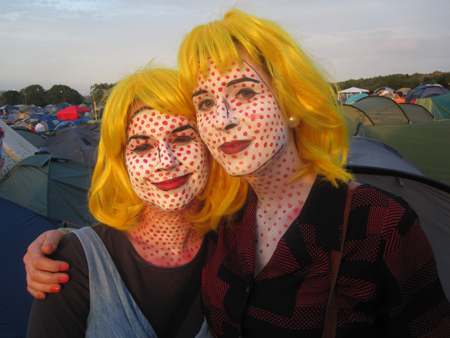 The best thing about fancy dress is that it gets everyone talking. Plus the camping area was pretty snug so it was impossible not to make friends with your neighbours. 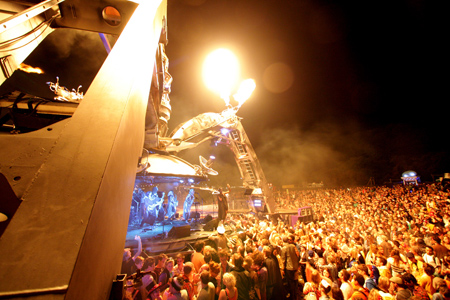 Bestival’s Bollywood tent was great for daytime dancing and there were tasty cocktails and fab DJs – Horsemeat Disco, DJ Derek, Zero 7 and Johnon Burgess’ 80s yacht rock were fantastic. Sailor Jerry’s had a great, intimate atmosphere and Arcadia was immense and very surreal…

By Sunday afternoon, as energy levels started waning there were some very sorry, but very funny, half-hearted dressing up attempts still going, though they were probably trying to disguise the lack of washing and intense hangovers! 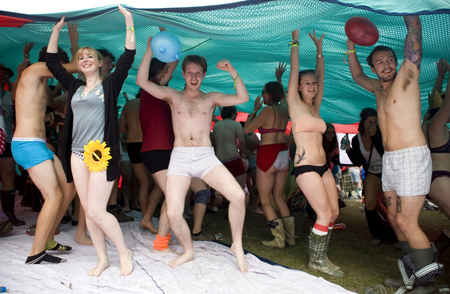 The sheer variety at Bestival – from power ballads in the cabaret tent, mainstream acts on the main stages, random small dance tents to stumble across and the opportunity to see new bands that I didn’t even know I liked – made it impossible not to have an amazing time. 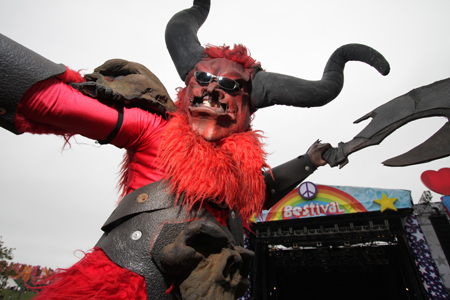 But after four all-nighters and a mission to get off the island afterwards, this girl is in serious need of a detox! 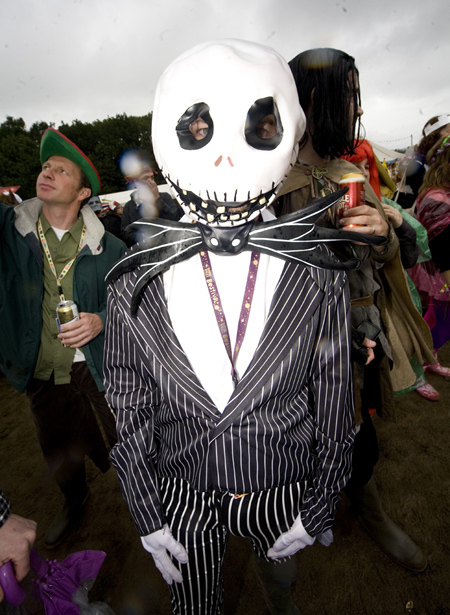 Chip on your shoulder? Find the best fries in London…