The animal rights Animanaturalis group lay down at the famous Angel de la Independencia monument landmark, splattered with blood with some gored with fake spears, traditionally known as ‘banderillas’, protruding from their bodies. 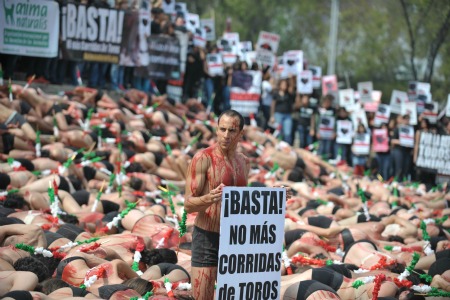 The controversial traditional Spanish sport was recently outlawed in the Spanish region of Catalonia, but is still going strong in Mexico – the world’s biggest bullfighting arena the popular Plaza Mexico – is located in Mexico City. 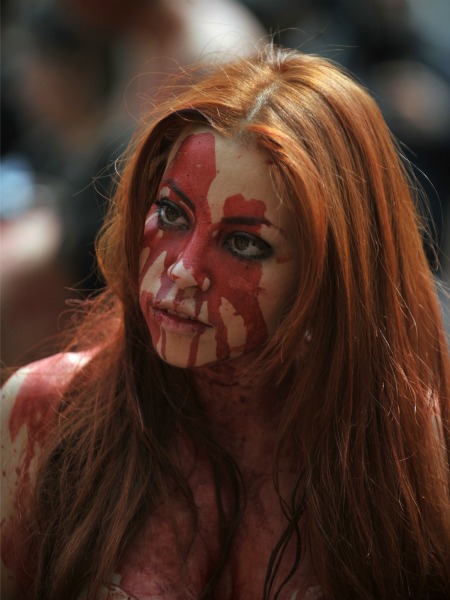 “Nothing justifies the torture, humiliation and death…on an animal against its will.” said one of the protest organisers Israel Arreola.

The protest group who regularly stage shocking headline-grabbing publicity stunts also regularly protest against cruelty in the fur trade and work alongside PETA.

Three of the best ‘healthy’ menus in London

Bowling for Soup at Koko