Camilla, Duchess of Cornwall, cuddles Ruby Blue the baby kangaroo during trip Down Under

Camilla embraced Aussie life in Queensland today on a tour Down Under with her husband to celebrate the Queen’s Diamond Jubilee.

The Duchess cuddled the baby roo in the Outback but was alarmed when the animal squirmed in her arms. Unsure of the protocol in such a puzzling situation, Camilla awkwardly stroked the animal before handing her back to her owners.

Ruby Blue is an injured joey being nursed back to health by an Australian couple who came to visit The Duchess of Cornwall and the Prince of Wales on their first day in the country. 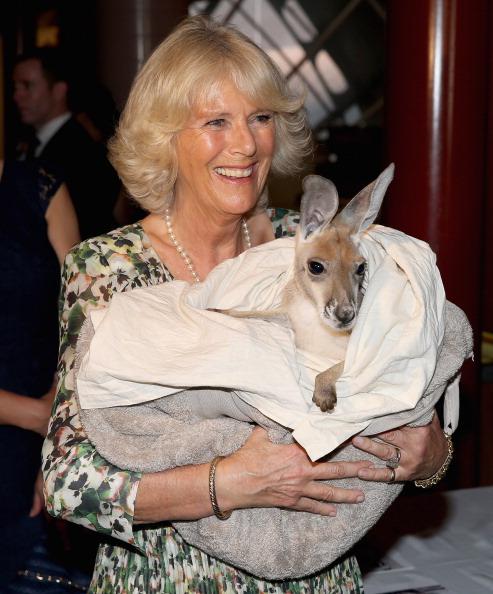 It was the couple’s first engagement of the tour in the small town of Longreach, coming directly after their visit to Papua New Guinea. The next six days will see Charles and Camilla in Sydney, Canberra, Adelaide, and Melbourne in addition to the island of Tasmania.

A royal aide said: “The theme of the Jubilee is service to others and their royal highnesses are determined to meet as many people possible in the time, which is why we’re trying to get around so many states and territories.”

Camilla will next present the trophy to the winner of tomorrow’s Melbourne Cup.