Celtic Thunder release new album and announce down under tour

Named Top World Music Artist twice by industry bible Billboard, the six male soloists who comprise Celtic Thunder perform both solo and ensemble numbers and are renowned for performing an eclectic mix of songs, ranging from traditional Irish fare to international hits such as The Boys Are Back In Town and Still Haven’t Found What I’m Looking For.

“We had a blast making Mythology,’ says Neil Byrne. ‘The music choices were carefully selected to suit each guys’ personalities and give them something they can really dig their teeth into. The musical arrangements, the orchestra, the band are all great also, and really help to create our best show to date. It’s great to be singing songs that are so much a part of who we are.’

To buy tickets for the Celtic Thunder tour, click here. 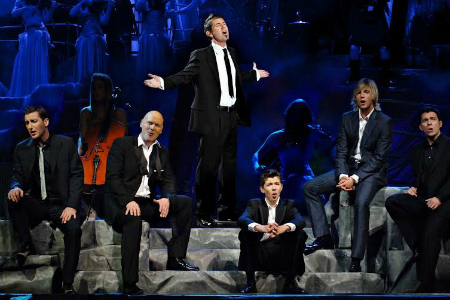 Taste of the Caribbean at King’s Cross