It was a huge wedding party with a dozen bridesmaids and nearly as many groomsmen. 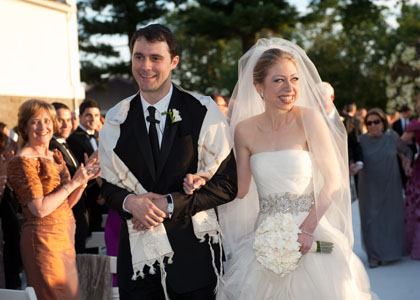 Invites to the wedding were the hottest ticket in town but contrary to pre-event rumours (Oprah, Steven Spielberg) it wasn’t a who’s who of celebs – Ted Danson and Mary Steenburgen were the highest-profile showbiz names in attendance

Guests needed specially issued ID bracelets to board a bus to the ceremony. A few sharply dressed crashers who tried to blend in with the crowd were quickly rebuffed. The party raged until 4:30 a.m. 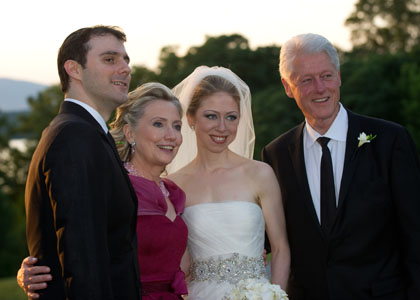 The lucky bride lined up Vera Wang to create not one but two dresses for her – a strapless ivory gown with a lazer-cut silk skirt for the wedding ceremony, and a Grecian-inspired dress for the reception.

The bridesmaid’s were also decked out in Wang, wearing lavender chiffon creations. 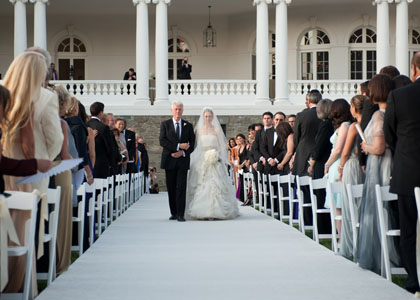 Bill gave one of the toasts and said that ever since his daughter had been old enough to formulate a thought, he had “been outnumbered” in his household, two to one.

Now, with a son-in-law, he said, “the playing field is even. I have someone else on my side.” 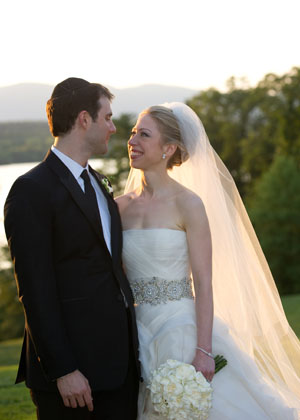 IPCC to investigate Hillsborough disaster and cover up

Crappy week: Man gets jailed for a week after pooing his pants in court

Toy helicopter intercepted outside US prison