The cover of Cher Lloyd’s debut album has been unveiled on Amazon showing the singer caked in makeup (so what’s new?) and wearing a hoodie (how very urban). 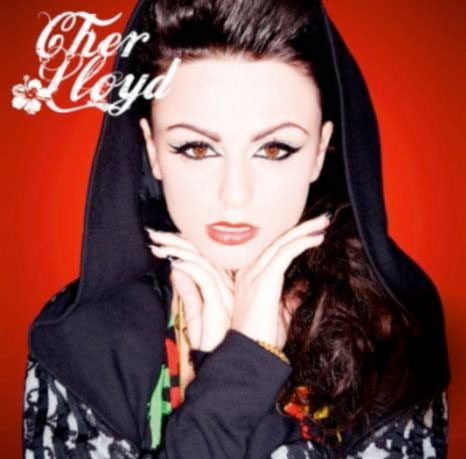 The 17-year-old X-Factor finalist reportedly has round the clock protection at Simon Cowell’s insistence to stop fans from loving her to death (or, more likely, trying to scratch her eyes out) after a 500-strong mob turned up at the airport to catch a glimpse of  the star.

The pint sized singer who is credited with introducing hip hop (if that’s what you call it) to X-Factor was returning from the States where she has been working with Lady Gaga’s producer RedOne.

She has reportedly been lapping up the fake LA lifestyle and has been style with papped looking like a natural born diva.

The self-titled debut album is scheduled for release on August 22. How will we possibly survive the wait?

Fellow X-Factor finalists One Direction meanwhile are getting out of the starting blocks a bit sooner. The drippy boy band will be putting out their first album on March 16.

The actual X-Factor winner, Matt Cardle, on the other hand, wont be releasing his masterpiece until October 24.