Christina Hendricks has been heralded “the embodiment of beauty” by Vivienne Westwood and is the new face of the iconic fashion designer’s jewellery range.

Mad Men actress Hendricks, 35, who is famous for her uber-curvy figure, was chosen by Westwood to model her ‘Get a Life’ jewellery collection of limited edition pieces.

According to Westwood, Hendricks is the “perfect model” for her latest range. The designer went on to call Christina “the embodiment of beauty”.

Respect is mutual in this instance and the Mad Men pin-up paid her respects to the legendary Westwood, saying:

“She is my favourite designer. As a young girl I would cut out pictures of her dresses from magazines, although I was never able to afford them. Even now I only have one in my closet”. 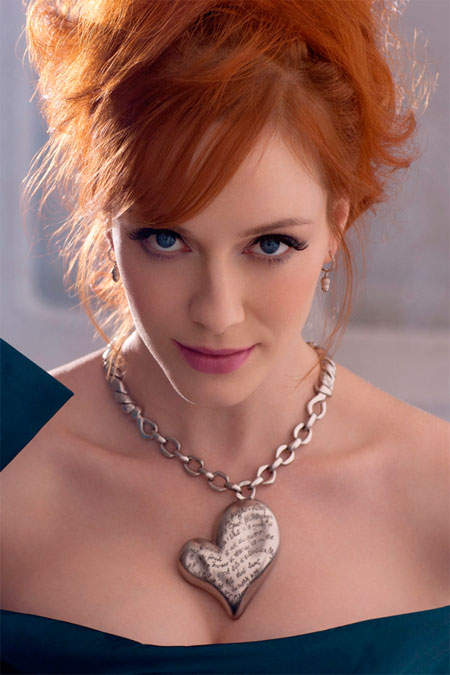 Much of the inspiration for Vivienne Westwood’s collection comes from pagan symbols (such as the acorn and the oak tree). The jewellery includes both couture and commercial pieces.

Christina Hendricks meanwhile, is currently filming the comedy movie I Don’t Know How She Does It with Kelsey Grammer and Olivia Munn.

The Get a Life Palladium collection will go on sale this month at Westwood boutiques in London and LA.

And, no, you probably won’t be able to afford it! 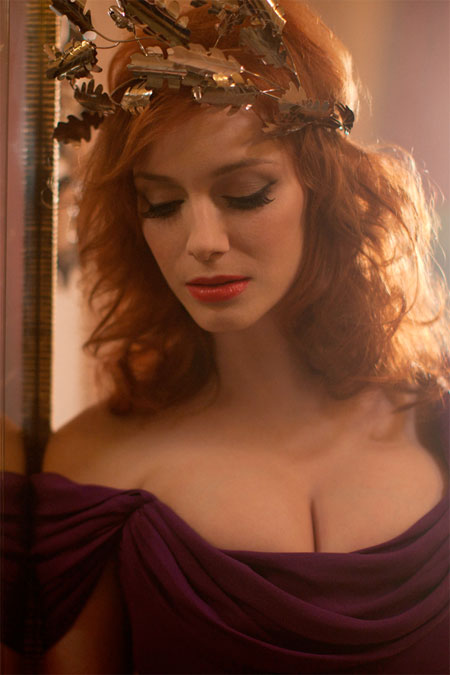