A who’s who of British actors take to the streets of Mumbai, Danny Dyer does Danny Dyer (again), Katherine Heigl ropes in a former flame when she takes on a new role as a bounty hunter, Denzel Washington and Ryan Reynolds go toe-to-toe, Antonio banderas discovers oil, Woody Harrelson runs the LA streets and the award winning Koko steas hearts on the Aussie outback. 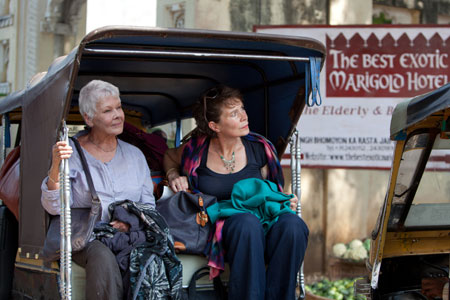 The best of British unites – Bill Nighy, Tom Wilkinson, Maggie Smith, Judi Dench – for this warm and amusing drama about a group of retirees who decamp to the titular hotel in Mumbai expecting a life of leisure and luxury, only to find that things are not quite what they were expecting. Slumdog’s Dev Patel stars  as on of the non-septuagenarians. From director John Madden (Shakespeare in Love). 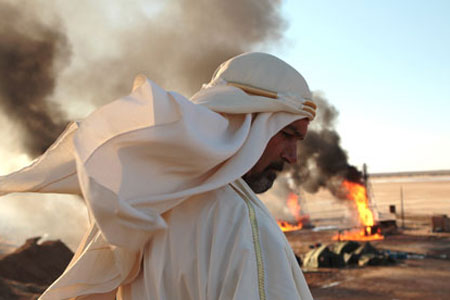 Antonia Banderas, Mark Strong and Tahar Rahim star in this adaptation of Hans Ruesch’s novel The Great Thirst about the tribal rivalries and bloodshed that  ensued in the early 20th century after the discovery of oil in the Arabian Peninsula. Topical, to say the least. 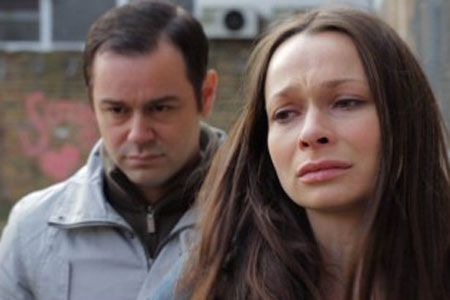 Danny Dyer continues to perplex cinema-going audiences with his career longevity, this time starring as an escaped Broadmoor patient who kidnaps a young nurse in this thriller from director JK Amalou. You know what you’re going to get with a Dyer film, a certain standing of acting, a certain set of production values, and, most probably Dyer, swearing and “kicking off” at someone. One for Dyer enthusiasts only, and even for them, this is not one of his top outings – it’s out on DVD on Monday 27 Feb after this limited theatrical run. 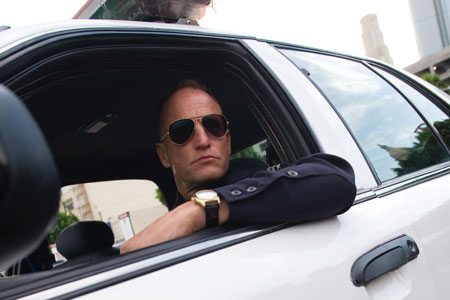 Woody Harrelson stars in this gritty LA set cop noir as an LAPD officer who treads a fine balance as to which side of the law he is on and whose life is thrown into disarray after he is caught on tape beating a suspect.

For the TNT review go here. 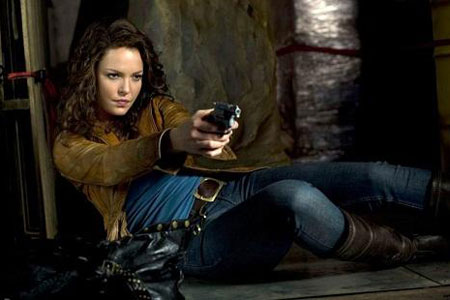 Katherine Heigl stars in this action comedy as a woman who takes a radical career change when she takes on a new role as a recovery agent for a shady bail bond firm. Only this new profession throws her a curveball when her first assignment requires her to track down her old high school sweetheart. Adapted from the best selling book by Janet Evanovich. 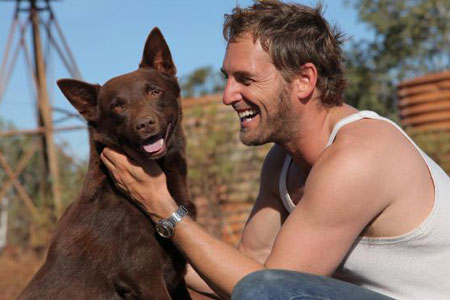 This Aussie flick which was a box office smash Down Under tells the story of a mysterious dog that arrived in a remote mining town and brought the locals together as they chipped in to try and uncover where he was from. Josh Lucas and Rachael Taylor star alongside Koko, who out-cutes The Artist’s Uggie who he pipped to the top award at the The first Golden Collar Awards in Los Angeles. And we’re not making that up either. 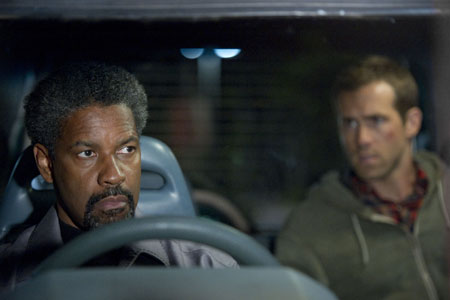 Denzel Washington continues his bad guy roles in action thrillers with his turn as a CIA agent who has crossed to the other side and become a global bad guy. When a hit is put out on him for the things that he knows, he’s forced to take refuge in Ryan Reynolds’ rookie cop’s safe house in Cape Town, only for the bad guys come a knocking. The debut Hollywood feature from Daniel Espinosa has performed well in the States, where it took the number two slot opening weekend, behind Channing Tatum and Rachel McAdams rom-com-drama The Vow, and then moved up to the top spot the week after. 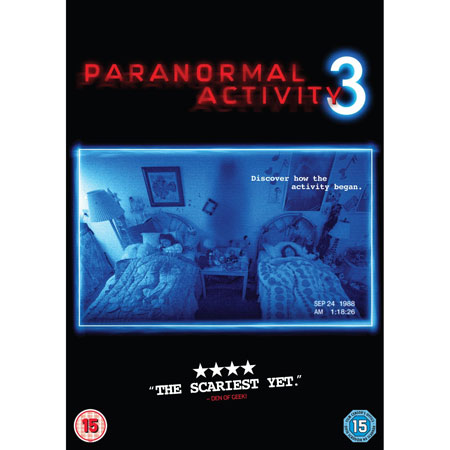 It’s third time unlucky in this cine-series which goes back to the root of the evil that struck Katie and her sister Kristie when they were little girls. Catfish co-helmers Arial Schuman and Henry Joost take the helm for this third instalment that adds a little backstory – it’s the third movie, there’s got to be some – and delivers plenty of the scouring-the-corner-of-the-screen shocks. The best of these involves a bed sheet and a camera-starpped to a house fan that rotates to devastating effect. The two are back behind the camera for the in production fourth flick with PA quickly becoming the Halloween haunting horror franchise of choice., it’s no-gore approach a welcome relief from the previous sinew-stretching Saw series.

The Three Musketeers (12, Entertainment One) 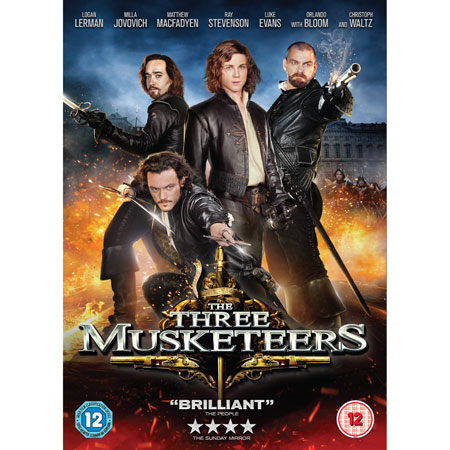 It’s easy to knock director Paul WS Anderson, many do. He makes the kind of films that teens love and critics hate, and there is an argument on both sides. His films – Alien Vs Predator, Death Race Resident Evil, Event Horizon – are frequently successful, action-sci-fi-cine-trash. Disposable but frequently enjoyable (Death Race was a hugely entertaining B-movie writ large). His stab at reinventing Alexander Dums’ novel sees it take in 3D, airships and some baffling accents, and is predictably trashy and, depending on your point of view, hugely enjoyable to. 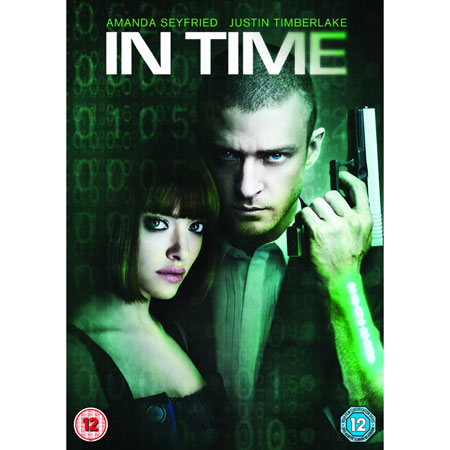 Thinking man’s sci-fi filmmaker Andrew Niccol writes and directs this interesting thriller set in a near future (with appealing retro-stylings) when mankind stops ageing at the grand age of thirty and dies, whereupon they are forced to work for top-ups – shown via a neat lime green countdown timer on the forearm. Time as currency where a cup of coffee costs four minutes.

Working for the air you breathe, literally: some have little, those working hand to mouth in the factories with little more than a few hours to play with at any one time. And then there are those who have centuries to play with.
Justin Timberlake is one of the former who ends up with the hours of one of the high rolling latter and takes off on the run to avange his the death of his mum (a youthful looking Olivia Wilde) and keep one step of the cops and crooks who want to keep his free-wheeling activities under control.
An interesting look at mortality for one half, Niccol’s  film turns into a Robin Hood styled action flick by its final third. While it lacks the action chops to satisfy in this there are more than enough ideas in this high-concept thriller to keep you entertained, and Timberlake is good value showing himself to be, increasingly, a leading man of some promise. 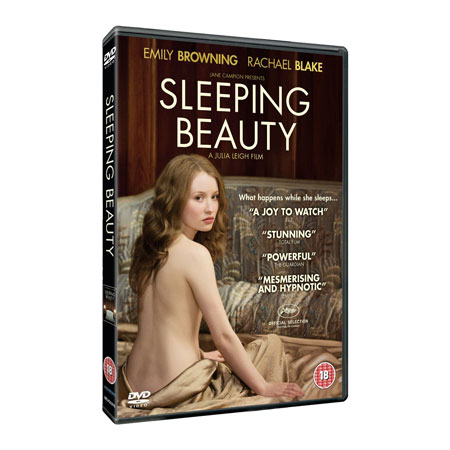 No, nothing to do with the fairytale, Jane Campion (The Piano) presents this debut from writer-director Julia Leigh, a provocative drama with fairly provocative subject matter. Emily Browning stars as the titular lady, a student who takes on a job as a ‘slepping beauty’, a sort of comatose hooker. She goes to sleep, giving up her body to men seeking the ultimate submissive eroticism, and then wakes up with no memory of what happened. Only this nocturnal activity begins to bleed in to her daily life, as Lucy needs to know more and more about what happens once she has gone to sleep. 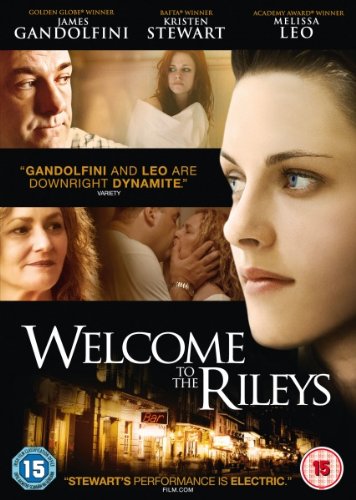 Kirsten Stewart is a million miles away from Bella and her vamp-lust in this thoughtful drama in which she plays a 16-year old runaway who meets James Gandolfini’s father who’s grieving over the loss of his own teenage daughter. The film was shot in 2010 and has been awaiting a UK release till now, well worth a look for Twi-hards and those wholly disinterested in the Cullen franchise too. 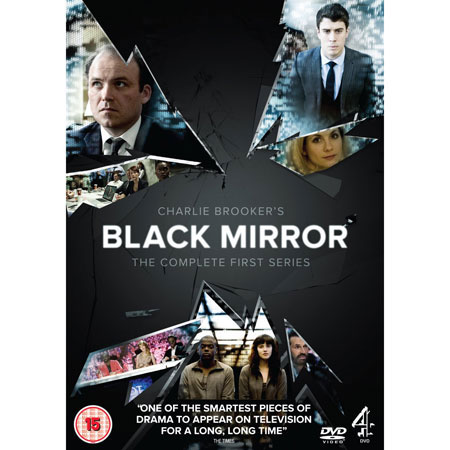 Brooker’s satirical sci-fi-themed trilogy takes a look at how technology is shaping – for the better and for the worse – the world in which we live. It also managed to get a plotline about a British Prime Minister fucking a pig on live TV (opening episode The National Anthem) on to Channel four, but it is much more than provocative ‘penetrative’ plotlines. Deeply funny, intelligently scripted, and shit-hot in its targets (reality TV and talent shows take a particularly rough ride in 15 Million Merits)), this is quality stuff that will have you wincing and laughing in equal measure. 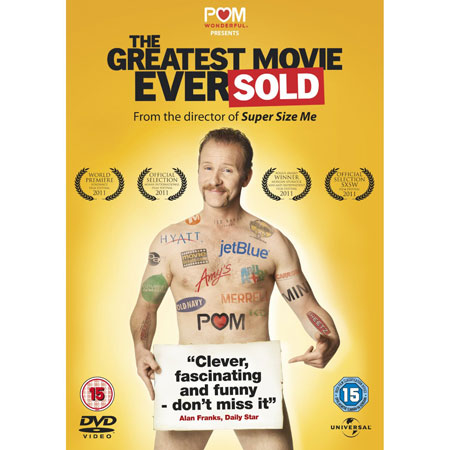 Morgan Spurlock, the man who ate McDonalds until he nearly died in Supersize Me, makes a documentary about branding and product placement in movies and TV, that is funded entirely through product placement. A quirky idea that doesn’t quite provide the insight needed, it’s more gimmick than gold. 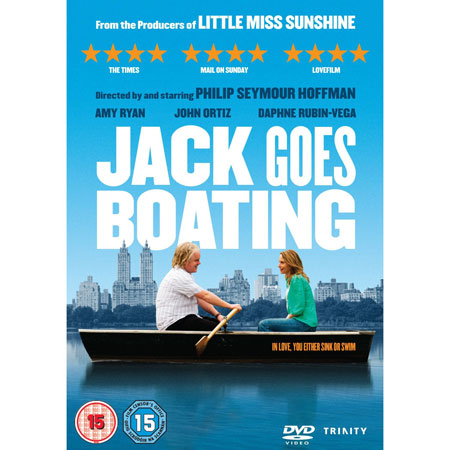 Philip Seymour Hoffman makes his directorial debut in this mild-mannered but superb drama about a limo driver who goes on a blind date with a woman (Amy Ryan) who dreams of going boating and loves good food, forcing Jack into a last minute crash course in how to swim and cook. Expertly written, this is a finely observed comedy about the quirks, frailties and dreams we all have.

August bank holiday UK: It’s the last long weekend before Christmas – here’s how to make the most of it