Join us under the beautiful Ally Pally canopy for a skating night that does not take itself seriously at all. Buy a joint ticket and you can even cruise on down to Club de Fromage proper in Islington after for a slightly less slippy dance. 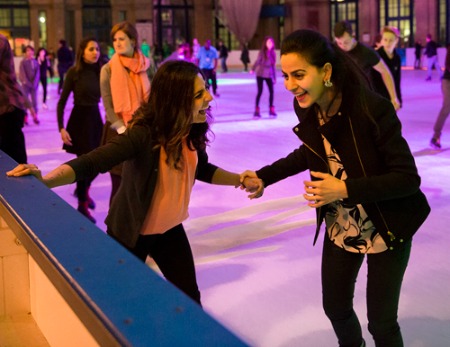 As ever the bar will be open for a beverage to lessen those skating nerves and it’s a two and a half hour session, so you get more tunes, rink time and band for your buck than many other places. Themes for this season are:

Oct 21st: Even Stranger Things 80s special. A tribute to the cult show on it’s return and suitably 80s soundtrack

Plus Feeling Gloomy brings you the return of the Bowie tribute Life on Mars? 3 on 7th Jan. A night of Bowie on his birthday weekend.

So get your skates on for some top gliding about with Fromage on Ice. Bring your Biellmann spins and your wooly mittens (fancy dress is fine as well).