He appears on the cover wearing a rainbow-coloured halo and the cover story is written by Newsweek’s regular blogger, Andrew Sullivan, who is an openly gay self-titled conservative political pundit.

Obama last week announced during a TV interview that he supports same-sex marriage – the first time a sitting president has expressed such a view.

“When you step back a little and assess the record of Obama on gay rights, you see, in fact, that this was not an aberration. It was an inevitable culmination of three years of work,” Sullivan said.

Newsweek editor Tina Brown, who is no stranger to controversial covers, was said to have lifted her game after competitors Time went to press with a cover shot of a young blonde mother breastfeeding her 3-year-old boy.

Meanwhile, Republicans were not impressed with Obama’s announcement, writing it off as an effort to gain support from liberal voters.

The party’s presendential nominee, Mitt Romney. re-affirmed his opposition to gay marriage in a speech to graduates of evangelical Liberty University in Virginia last week.

He described marriage as an ‘enduring institution’ and said that it should be ‘a relationship between one man and one woman’. 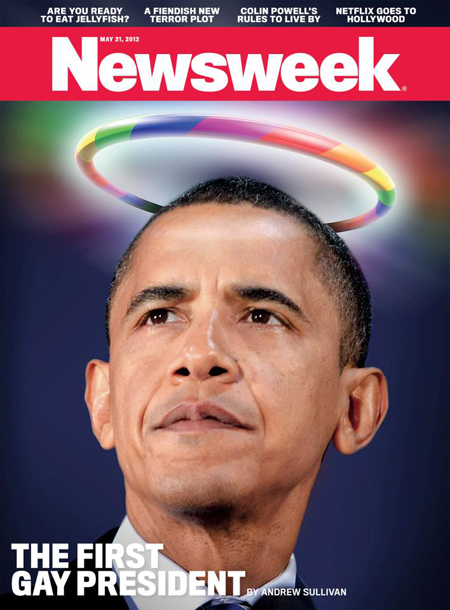 Treatment of the week – microdermabrasion