The novel is a blackly comic tale intended for adults and is expected to hit shelves this September.

Back in February Rowling announced the news of a new book deal “Although I’ve enjoyed writing it every bit as much, my next book will be very different to the Harry Potter series,” she said in a statement.

The Casual Vacancy will be “blackly comic, thought-provoking and constantly surprising” according to publishers Little, Brown and Company.

The synopsis for the story has been updated and reads as such:

When Barry Fairweather dies unexpectedly in his early forties, the little town of Pagford is left in shock. Pagford is, seemingly, an English idyll, with a cobbled market square and an ancient abbey, but what lies behind the pretty facade is a town at war. Rich at war with poor, teenagers at war with their parents, wives at war with their husbands, teachers at war with their pupils…Pagford is not what it first seems. And the empty seat left by Barry on the parish council soon becomes the catalyst for the biggest war the town has yet seen. Who will triumph in an election fraught with passion, duplicity and unexpected revelations? 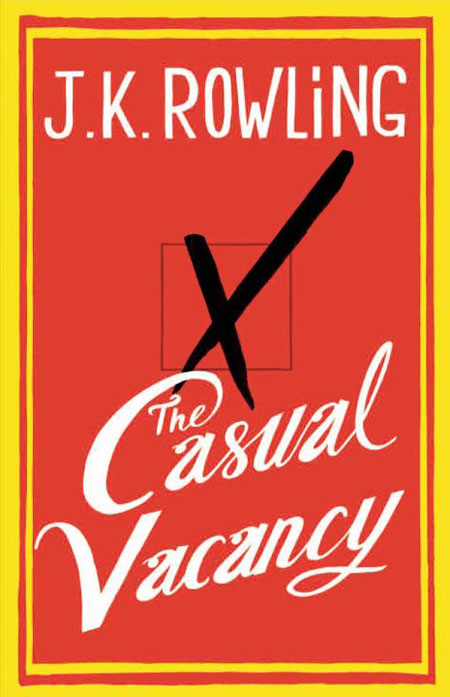