Dahlicious days out this summer

Roald Dahl Museum and StoryCentre (Throughout 2016)
The Roald Dahl Museum and Story Centre is taking a year-long journey, exploring the stories, characters and life of the much loved author. There will be special displays and activities, with Roald Dahl Day celebrations on 17 and 18 September, when Great Missenden is to be transformed into the Village of the Unexpected.  Museum admission costs £6.60 for adults and £4.40 for children. www.roalddahl.com/museum

Roald Dahl Festival, Aylesbury (2 July)
Come and watch the annual community event that brings together over 1,000 school children and an audience of approximately 5,000 to celebrate the imagination and work of Roald Dahl, with this year seeing a BFG theme. See larger-than-life puppets and colourful artwork, made by children and young people in the local area, parade through the streets of Aylesbury. The parade’s sights are matched by the sound of boisterous samba and brass bands and street entertainers: sure to get you in the festival mood. www.aylesburyvaledc.gov.uk/roald-dahl-festival

Wondercrump World of Roald Dahl, London (until 3 July)
This major exhibition at the Southbank Centre takes visitors on an interactive journey through the life and secrets of the beloved writer. The tour features interactive installations and unique items from the Roald Dahl Museum & Story Centre archives, and promises to make you laugh till your belly hurts.  From £10 per adults and £8 per child.www.southbankcentre.co.uk/whatson/the-wondercrump-world-of-roald-94482

Illyria’s Danny Champion of the World at Petworth Festival, West Sussex (17 July)
Recognised as one of the country’s most inventive interpreters of Roald Dahl’s work, Illyria will present Danny the Champion of the World in an outdoor performance at Bignor Park near Pullborough as part of the cultural festival. Enjoy a pre-show picnic before settling down for an afternoon performance from 2.30pm. Adults £9, children £7.www.petworthfestival.org.uk

Roald Dahl’s Tremendous Adventures at Tatton Park, Cheshire (until 30 October)
Join Tatton Park for some tremendous adventures, and expeditions of discovery. See Fantastic Mr Fox at the Farm, whilst dressing up and creating invites to Mr Fox’s Feast; go on a journey through the gardens with Danny Champion of the World, and see Matilda in the Mansion where you can have fun in the Roald Dahl inspired activity room and discover the curious world of Matilda Wormwood. If you’re brave enough you can even go deep into the jungle to try and find the Enormous Crocodile. Totally Tatton Twit Ticket (including entry to Mansion, Gardens and Farm) costs £27.50 for a family (two adults and up to three children) or £11 per adult and £5.50 per child. www.tattonpark.org.uk/roald-dahl/roald-dahl-at-tatton-park.aspx 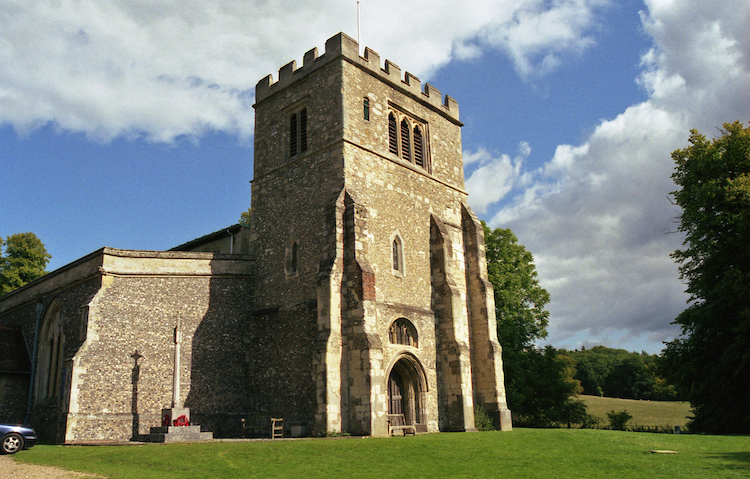 The BFG Dream Jar Trail, London & Great Missenden (8 July – 31 August)
To celebrate Roald Dahl’s 100th birthday and the much anticipated release of The BFG movie, London will be transformed into a dream land inspired by Dahl’s beloved children’s book. Trafalgar Square, Arsenal’s Emirates Stadium, St Paul’s Cathedral, Leicester Square, Tower of London and the home of Dahl himself in Great Missenden, will each play host to giant dream jars which contain the dreams of celebrities and top artists. Expect to see the imagined dreams of Steven Spielberg, Sophie Dahl, Quentin Blake, Nadiya Hussain of Bake off, Paralympian David Weir, Game of Thrones’ Maisie Williams and Arsenal Football Club. The BFG Dream Jar Trail has been inspired by the dream jars in the film, which the BFG uses to store good and bad dreams. After the trail has ended, the dream jars will be sold at auction, with proceeds going to the Save the Children charity.  www.visitlondon.com/things-to-do/whats-on/bfg#thHIv5hQ92soVTYV.99

Roald Dahl Day, Nationwide (13 September)
Internationally celebrated as Roald Dahl Day, September 2016 will see schools, libraries, bookshops and community groups invited to host their own party for Roald Dahl 100, using a comprehensive party kit which can be downloaded online. In line with this, Dahlicious Dress Up Day will be marked in Schools across the UK in support of Roald Dahl’s Marvellous Children’s Charity. www.roalddahl.com/museum

Matilda the Musical 5th Birthday (October)
The Royal Shakespeare Society’s multi-award winning production of Matilda the Musical will celebrate its 5th birthday in London’s West End. Inspired by Roald Dahl, the musical has been written by Dennis Kelly with music and lyrics by Tim Minchin. www.matildathemusical.com/about/the-story/

Walk in giants footsteps at Bamburgh Castle beach, Northumberland, north-east England
The BFG’s giant footprints in the Spielberg film were created in the sand on the beach below the majestic Bamburgh Castle, with barrels of water pumped over them to create the illusion that the tide has washed them away. Visitors can see the historic castle that watches over the coastline 150 feet below, which features in the background of the scene. The beach has also been used in the filming of the ITV drama Beowulf, based on the Old English epic poem.www.bamburghcastle.com

Her Majesty the Queen’s London home, Buckingham Palace plays a big role in Roald Dahl’s children’s story, and what better location to use than the royal palace itself. In the movie, Sophie and the Big Friendly Giant take the perilous journey to warn Her Majesty the Queen about the fearsome giants of Giant Country, and persuade her that something needs to be done. See the real palace in the film, with the Queen played by Downton Abbey’s Penelope Wilton. Visit Buckingham Palace between 23 July and 2 October and have your own royal adventure. Various packages available.www.royalcollection.org.uk/visit/the-state-rooms-buckingham-palace

Escape to a dream world at Blenheim Palace, Oxfordshire
Not to be missed in the filming of The BFG is the breath-taking 18th-century Blenheim Palace, which has a dream like quality all of its own. Boasting 2,000 acres of landscaped parkland, award-winning formal gardens, and a palace fit for royalty, Blenheim Palace also has its own Pleasure Gardens, where you can hop aboard the miniature train, get lost in the giant maze or visit the tropical butterfly house. The Italian Garden will be seen in the film complete with Big Friendly Giant! Blenheim Palace is a movie-star itself, and has recently been used in the filming of SPECTRE (007), Mission: Impossible – Rogue Nation and Cinderella. Entry to the Palace, Park and Gardens from £24.90 for adults and £13.90 for children.www.blenheimpalace.com

Follow in Charlie’s footsteps and have your own chocolate adventure, Birmingham
Relive Charlie’s adventures in Dahl’s 1964 book, by visiting Cadbury World in Bournville, Birmingham. The chocolatier giant has 14 self-guided zones that take you through the chocolate making story, such as the Aztec Jungle, the chocolate making experience, and the Cadabra ride. The factory has the largest Cadbury shop in the world, and its own restaurant called the Cadbury café which serves imaginative and fun food, complete with Cadbury dairy milk cows. Did you know that as a boy Roald Dahl was a chocolate taster for Cadbury’s?  Adult entry £16.75, children £12.30.  www.cadburyworld.co.uk

See a James’ giant peach-launching site at the White Cliffs of Dover
Dahl’s 1961 children’s novel James and the Giant Peach was, and is, hugely popular amongst children and adults, with a film adaptation launched in 1996. The iconic scene in the novel sees James launching his giant fruit from the White Cliffs of Dover to escape his cruel aunts. The White Cliffs are one of the country’s most spectacular natural features, and are a great chance to explore the countryside and walk in James’ footsteps.  www.visitkent.co.uk/attractions/the-white-cliffs-of-dover/9002

Dodge the witches at the Headland Hotel, Newquay
The film adaptation of The Witches by Roald Dahl was filmed in part at the Headland Hotel in Newquay. The thrilling tale sees a boy and his retired Norwegian witch-hunting grandmother foil a world-wide plot to rid the planet of children. Unlike the narrator and his grandmother, enjoy a relaxing stay at Headland Hotel and Spa which is situated on the coast of Cornwall, offering spectacular views across the Atlantic. Standard double rooms with a coast view start from £135 per night. www.headlandhotel.co.uk

See some mugglewumps at Monkey World, Dorset
The ever popular children’s novel sees the evil twits play havoc on each other, the neighbourhood children, and they’re poor “Muggle-Wumps”: the mistreated monkeys the Twits keep as pets. You can visit Monkey world in Dorset to see the “Muggle-Wumps” in a happy home away from the horrible twits!  Adult entry £11.75, children £8.50. www.monkeyworld.org

Where to eat Thanksgiving dinner in London