David Cameron announces Margaret Thatcher to be buried next Wednesday

The Queen and the Duke of Edinburh will attend the ceremony, which will include full military honours and a procession from Westminster.

The details of the ceremony were coordinated between Thatcher’s family members and staff at Buckingham Palace.

Meanwhile, a reminder that the younger generation may not have even been aware of who the influential and controversial leader was. One Direction’s Harry Styles tweeted ‘RIP Baroness Thatcher x’ and was met with some decidedly confused replies. 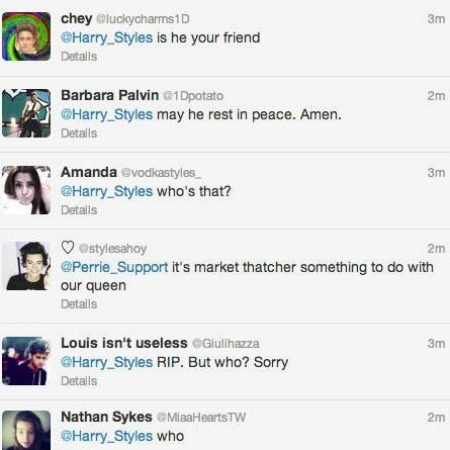 Inglis to stay with Storm

Working in the UK