Elizabeth Taylor has died in Los Angeles, aged 79, after being taken to hospital six weeks ago with congestive heart failure. Almost instantly on news of her death, RIP Elizabeth Taylor was trending on Twitter, as fans and celebrities pay tribute.

Iconic actress Taylor died at Cedars-Sinai Hospital surrounded by her four children. She was taken to hospital six weeks ago.

Taylor’s son, Michael Wilding, said: “My mother was an extraordinary woman who lived life to the fullest, with great passion, humour, and love.”

Twitter has been inundated with celebrity messages about Elizabeth Taylor.

@FearneCotton tweeted: “So sad to hear Elizabeth Taylor has passed away. A hollywood legend. Cat on a hot tin roof is one of my fave films. RIP”

@GeorgeMichael had lots to say: “Such a sad day, Elizabeth Taylor was the last of the Hollywood greats, and a fantastically charming woman.

“She was also the only person I’ve ever met that had violet eyes. They were genuinely violet. So beautiful.

“She also did a great deal in the last 25 yrs to help the world deal with the HIV epidemic. I am proud to have known her if only a little.”

@KylieMinogue said in a tweet: “RIP Dame Elizabeth Taylor…..Like a pure white diamond you’ll shine on and on and on.” 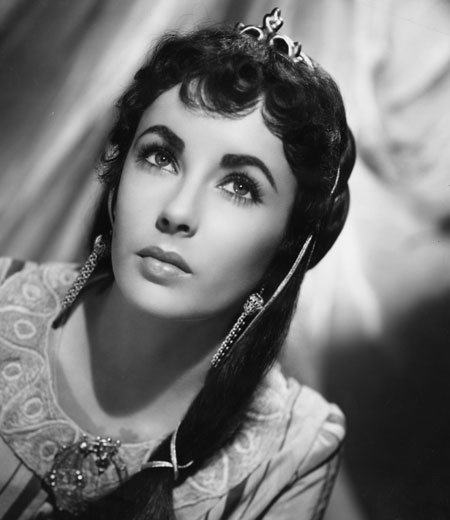 Elizabeth Taylor and Robert Taylor in the film Ivanhoe, 1952.

@PiersMorgan tweeted: “BREAKING NEWS: Liz Taylor has died. One of the great movie stars of all time, on and off screen.”

Elizabeth Taylor became a star as a child and appeared in more than 50 films over the course of her life.

Taylor’s performances in Butterfield 8 and Who’s Afraid of Virginia Woolf? Both won her Oscars.

The actress was married eight times, one of them to Richard Burton, and she became as famous for her stormy love life as her Hollywood career. 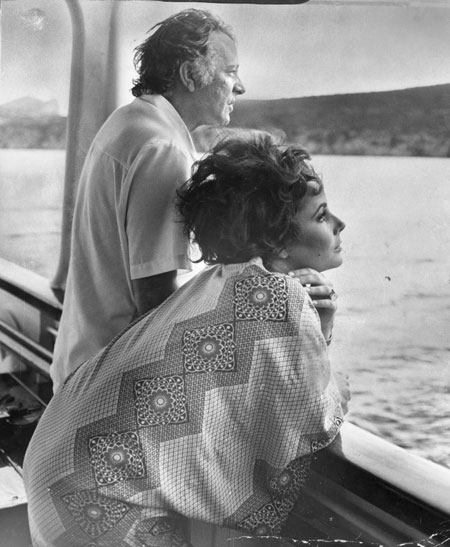 Elizabeth Taylor and husband Richard Burton on their yacht ‘Kalizma’, off the coast of Capa Caccia, Sardinia, during the filiming of ‘Goforth’ in 1967.