Emma Watson stole the Harry Potter limelight at the New York premiere of Harry Potter And The Deathly Hallows in a slinky Calvin Klein dress with her much-talked-about short hair.

It’s Emma Watson who the fans are screaming for though and of course, there was much discussion of her outfit.

“I asked Calvin Klein if they would make a dress for me because I love their stuff and they did,” she told MTV News.

E! News asked if Emma was planning to take her hair any shorter, to which she replied: “The hair is as dramatic as it goes. I think I’d have to shave it to get any more dramatic.”

So there you have it. And here’s the girl herself in her Calvin Klein clobber. 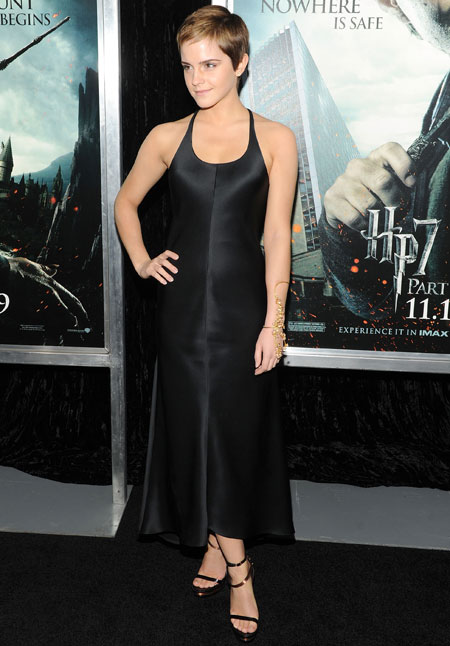 Credit cards and travelling – how to make the right choice