Whether you’re up for the world’s biggest open-air party or fancy a rave in a Turkish bath, we’ve got eight reasons why a break abroad for New Year’s Eve makes perfect party sense. Dive in. 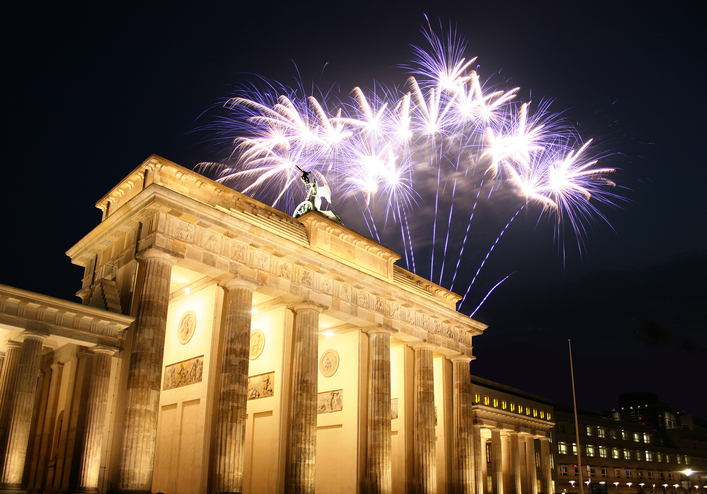 WHY? Known to Germans as Sylvester – December 31 is Saint Sylvester’s Day – New Year’s Eve in Berlin is one hell of a bash. The city hosts what has been billed as the largest open-air party in the world, with hundreds of thousands of people taking part. The ‘Party Mile’ stretches from the famous Brandenburg Gate all the way to the Victory Column – there’s 1.2 miles of bars and dance floors, with hundreds of bars and tents peddling booze and food lining the route. Laser and light shows fill the sky and fireworks come as standard at midnight. 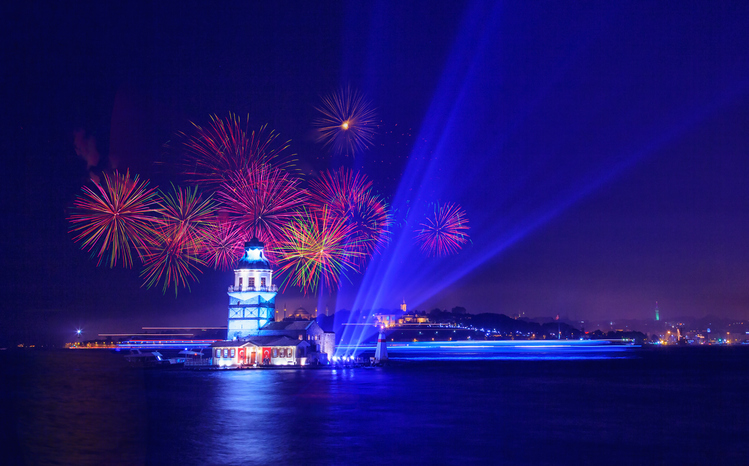 WHY? Where else in the world can you watch the New Year arrive from two different continents simultaneously? Whether you join in the festivities on the European or Asian side, you’re bound to have a raucous time in Istanbul. Large crowds gather in Taksim Square and Istiklal Street, where the constant din of drivers thumping their horns only adds to the party atmosphere. Alternatively, head to the well-to-do neighbourhood of Nisantasi, where a street party is held with over-the-top decorations and kebabs galore. A word of warning – the morning call to prayer will have no sympathy for your hangover. 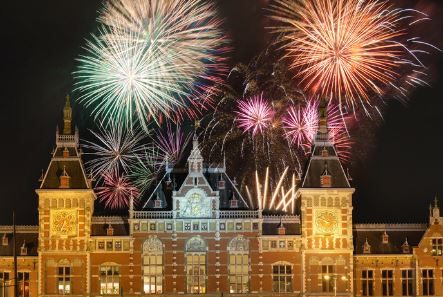 WHY? When it comes to fireworks, Amsterdammers are absolutely mad for it. All over the city, private displays take place from early evening until first light. The best place to watch the official display over the Amstel River is from the Magere Brug (Skinny Bridge). The public squares are jam-packed throughout the night, with the biggest and best celebrations taking place in Museumplein and Nieuwmarkt. Amsterdam is a compact city, so you can take in any number of impromptu street parties. Be sure to line your stomach with traditional Dutch New Year sweets such as oliebollen (sugar-coated donuts) and appelflappen (apple fritters). 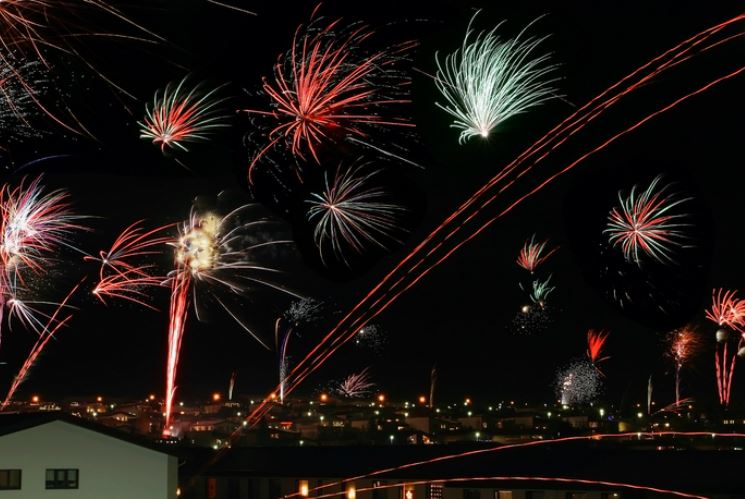 WHY? Icelanders pride themselves on their party spirit, and that’s never more evident than on New Year’s Eve. Downtown Reykjavik is filled with fun-loving locals who have one thing on their mind – making merry all night long and well into the New Year. After the traditional mass, everyone braves the cold and takes to the streets, and in each quarter neighbours gather to build a bonfire. Midnight is celebrated en masse before the hardcore droves head to the city’s bars and clubs, where live bands and DJs play until at least 5am. Dancing the night away should keep you warm in the Icelandic chill. 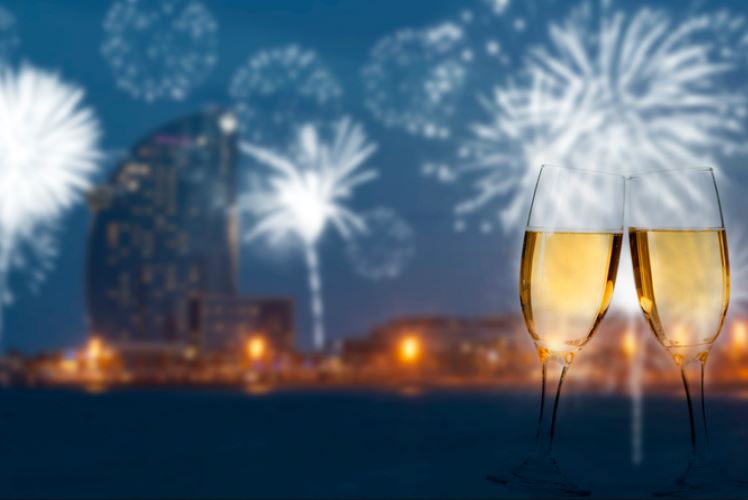 WHY? In typical Spanish style, Nochevieja festivities start a little later than you might expect. At the stroke of midnight, it’s tradition to attempt eating 12 grapes at the 12 bells, before the fiesta really begins. Plaça de Catalunya and Las Ramblas are the busiest locales to celebrate with throngs of people having a good time. You can also head to the clubs on the beach to get your party on. After all, what could be better than watching the sunrise from the sand to welcome in 2018? 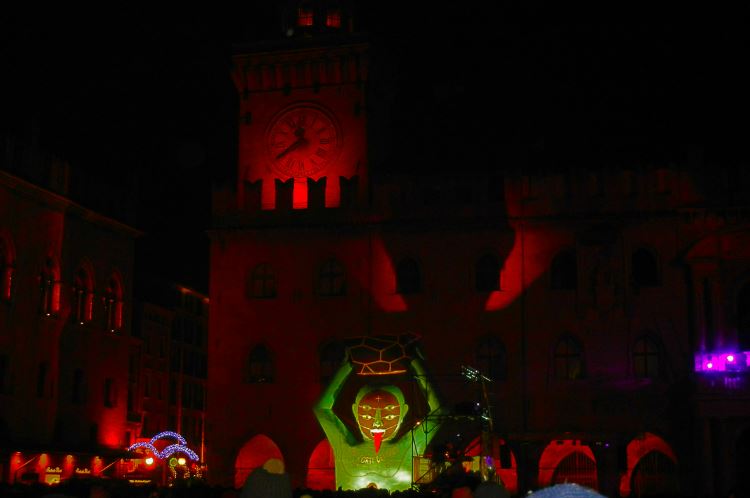 WHY? If you’re looking for a proper Italian celebration, you can’t get much more authentic than the ‘Fat Ox Fair’. This involves adorning an ox with flowers and ribbons and holding a procession through the city’s streets. At the end of it all, one lucky winner of a special lottery gets to keep the ox. Good luck getting it home. There’s live music and a street market in Piazza Maggiore, and at midnight an effigy of an old man, representing the troubles of the closing year, is thrown onto a bonfire. Anyone present is given free panettone (a sweet bread) and sparkling wine, setting you up nicely for a night of revelry in this vibrant student town. 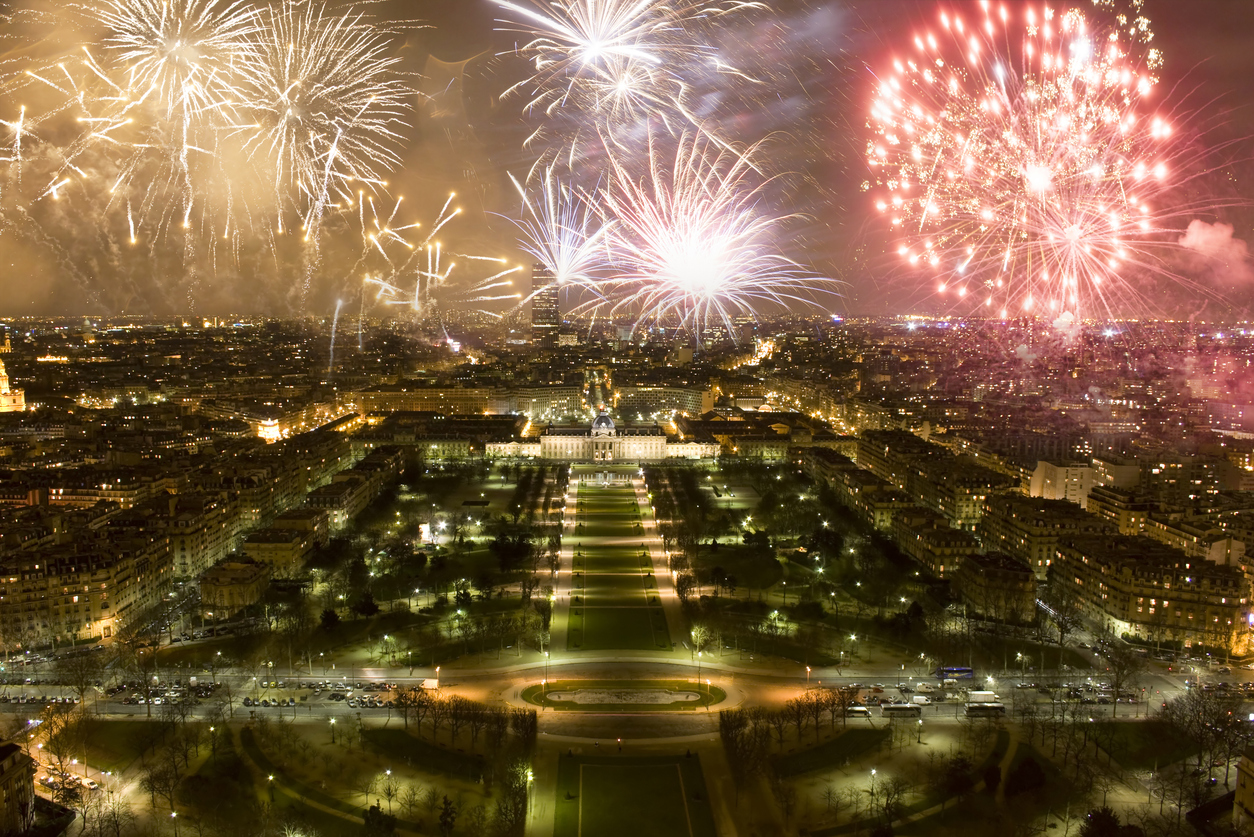 WHY? Well, because it’s Paris. Take a bottle (or two) down to the Champs-Elysees for the classic Paris party. You’ll be right in the heart of the action, with a great view of the Eiffel Tower, which bursts into life with a spectacular light show at midnight. For a less conventional and more laidback celebration, head to Montmartre. Atop this hill – the highest point in Paris – you’ll benefit from fantastic panoramas of the city skyline and the inevitable fireworks that will dominate it. There are also wild street parties and plenty of très chic bars to choose from. 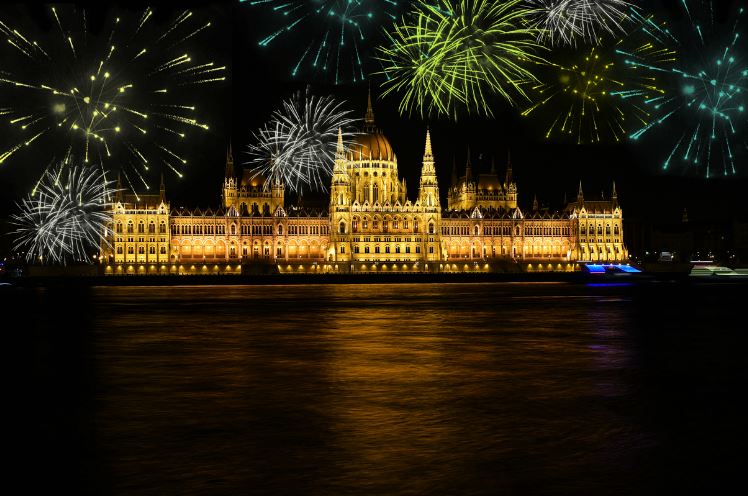 WHY? The atmosphere in this grand and impressive Eastern-European city is truly electric, often making it difficult to get home through the swelling crowds. People ignore the cold and ply themselves with warming booze, before taking on the city. All the main squares and streets hold parties and concerts, but the best times are to be had at the New Year raves held in the Turkish baths

***Top Tip: If you are London based check out flights from one airport and returning to another – this can often reduce the price by some margin!***

Take a look at NYE trips on tournado.com

Holders Wigan pull off FA Cup upset and down City