Facebook’s new privacy controls will be rolling out “over the next few days or weeks”, and centre around fears about how the company handles the vast amount of personal data stored on its servers.

Essentially, a new single page has been introduced for setting Facebook information visible to just friends, friends of friends or the web at large.

Facebook’s baby-faced CEO (who created the network when he was 19) was forced to introduce the changes after worldwide backlash over the amount of info being involuntarily shared by users. 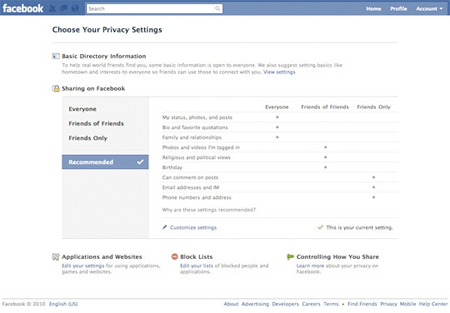 Teenager killed as protests spread to over 100 Brazilian cities