A link circling on social media sent United fans to a website that looked identical to the club’s official site – complete with working links to Manchester United’ actual website – claiming that United had signed Hazard from French club Lille.

“Manchester United is delighted to announce it has signed an agreement with Lille for the transfer of Eden Hazard,” read the supposedly official statement.

“The deal will be completed once the player returns from international duty.”

United fans quickly began to share the link on Twitter and Facebook, with many jubilant at the prospect of Hazard’s arrival.
However the site’s address was actually www.rnanuited.com. 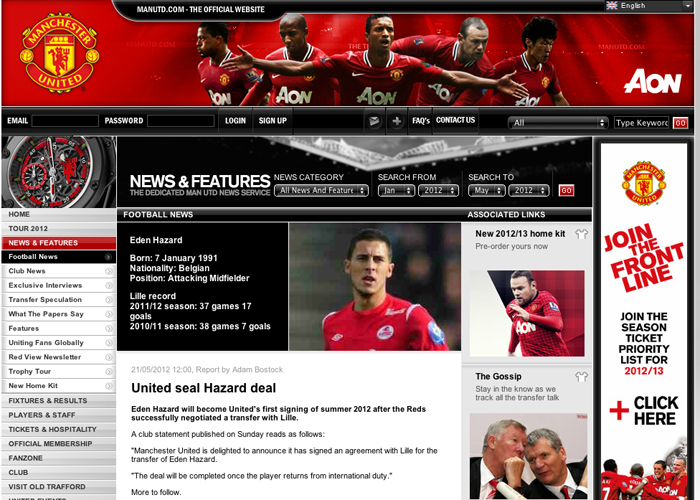 The  website that duped United fan into thinking Hazard had signed

The most high profile victim of the fraud was ESPN’s otherwise consistently excellent, Soccernet, who tweeted a link to the story.

Although the hoax may be short lived, as Sky Sports News have reported within the last hour that the midfielder would prefer a move to Manchester United over his other suitors, most notably Chelsea and Manchester City.