Feast your eyes on the Alphabet Sandwich!

The full-on snack was created by Nick Chipman of the Dude Foods blog, who said: “The idea behind this was to create a sandwich that had 26 different toppings, each one starting with a different letter of the alphabet.

“I know that sounds simple enough, but do you realise how difficult it is to find a food that starts with the letter X?”

Nick was pushing it a bit when he settled for xylocarp – any fruit which has a hard, woody shell such as a coconut.

The list of ingredients ranges from avocado to zucchini, with some questionable combinations in between; who would have ever thought of eating fish sticks and krispy kreme doughnuts together in one sitting?

The full A-Z of ingredients is as follows: 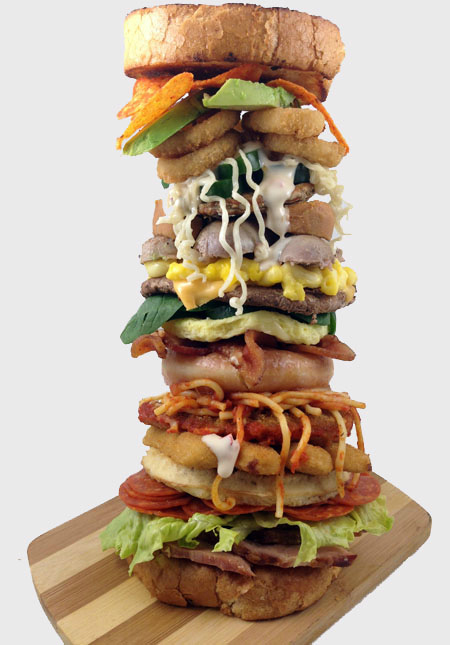 ABF The Soldiers Charity to take over Waterloo