A fire near Manila in the Philippines has wiped out a squatter village, leaving more than 3,000 people homeless. Pictures show residents swimming through filthy water as they try to salvage their belongings.

When gallons of seawater was used to put out the fire, the village turned to black sludge, through which residents now wade in a desperate search for anything they own.

The fire, in Maysilo, near Manila, the Philippines, was caused by an exploding liquid gas tank. Flames spread rapidly through the wooden homes of the shanty town and 500 burned to the ground before firefighters brought it under control.

No one was injured but 3,000 people are now without homes.

It’s not the first time the settlement has been burned to the ground. In 1995 another fire caused damage of similar proportions. 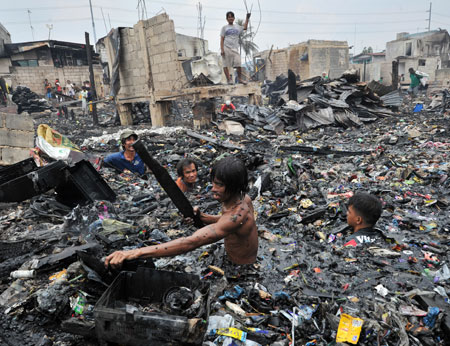 Residents of a town near Manila in the Philippines seach through black sludge for their belongings. 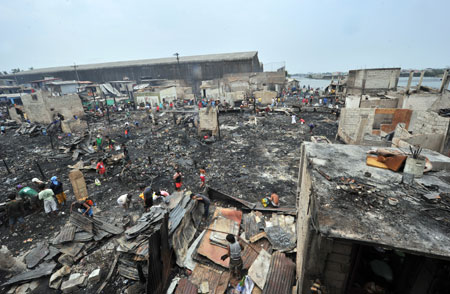 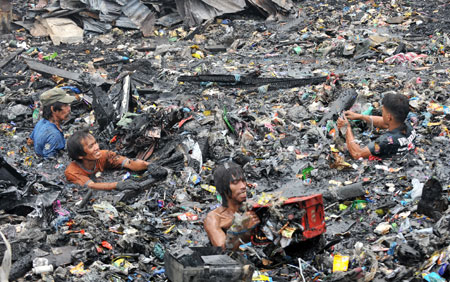