A little taste of back home in your current home, Homelanz brings together a who’s who of southern hemisphere talent, entertainment and cuisine across two stages, tents and stalls at this one-day fest. South Africa’s Prime Circle headline the show, bringing tracks from their 10-year-strong career, especially dipping into last year’s critically and commercially adored long player Jekyll & Hyde. With a fifth album ‘under construction’, this could be the show at which they’ll try out a few new tracks, too.

New Zealand’s band of brothers, Kora (above) bring their rock-reggae-funk-roots-multi-genre’d tunes to the show as well, with Aussie singer-songwriter/ chart-smasher Alex Lloyd set to perform best-selling hits such as Amazing and newer cuts from latest album Good In The Face Of A Stranger. In a day jam-packed full of top music, there’s the likes of Anna Coddington, pop-infused singer Bowie Jane, indie-styled songwriter Glenn Aitken, solo artist Jayson Norris and sax-metal indie rock from Melic, too – not to mention DJs in the silent disco to make sure that the party never misses a beat.

There’s a host of other entertainment on offer, with top-notch food and wine in abundance. And if you have any questions on how to get a job in the UK, where to go to on your travels while your over here, and how best to do it, drop by The Village, where travellers, expats and industry professionals will be on hand to answer all of your questions. Only thing they can’t guarantee is the weather!

Glastonbury head Michael Eavis has thrown his hat into the ring and endorsed this three-day event celebrating the late Clash frontman Joe Strummer (a Glasto regular in his latter days). For this 10-year anniversary fest, there’ll be the likes of The Pogues, Badly Drawn Boy, Roots Manuva, recent Wembley champ Frank Turner and Billy Bragg toasting their friend and raising money for charity. There’ll be a Strummer campfire burning all weekend, too.

The buzz so far: Rootsy indie folk with a rock twist and Glenn Mossop’s yearning vocals, Bonjah have played Big Day Out, shifted 20,000 CDs back home in Aus and NZ without any major label backing, and are over here to play their first shows in Her Majesty’s homeland. Their sophomore record Go Go Chaos was a hit last year, and they’ll be entering the studio soon to cement their ever-growing status with a third. Destined for big things.

The critics say: “The makings to be one of the next big Australian bands.” Tone Deaf

The disco-popsters, who throw in elements of house, indie, electronica and geek chic, hit this intimate venue for a warm-up show ahead of their Lovebox-ing at the weekend. Drawing from latest album In Our Heads, and dancefloor firecrackers such as Ready For The Floor and Over And Over, this is one not to miss.

Are you a karaoke fan but not as enamoured with the selection of cheesy 80s ballads on offer, with your vocals reverbed out of existence by the tacky karaoke-machine? Get down to this new weekly night where you can tackle the best soul, hip hop and R&B with a full five-piece live band. Top stuff! Take that Belinda Carlisle!

Celebrating its tenth year with a party line-up to die for: Hot Chip, Friendly Fires and Grace Jones are the headliners, with the likes of Crystal Castles, Magnetic Man, Sub Focus (live) Emeli Sandé, Maverick Sabre, Lana Del Ray, Chaka Khan, and much more. Put on your party hat, grab your dancing shoes, and get amongst it!

House and techno specialists Ovum Recordings are in town for their first bash since early 2010. Ovum main man Josh Wink, who has spearheaded the label’s exploits over the past 15 years, headlines himself, along with hand-picked support from Loco Dice’s production partner Martin Buttrich and label mate Gregor Fisher. 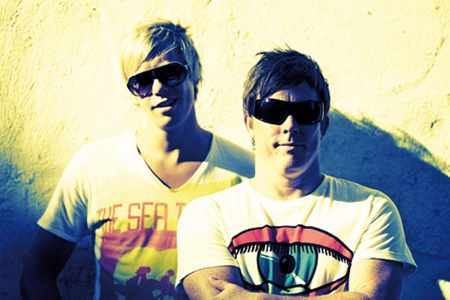 Tonnes of artist come together across three stages, featurng the very finest stars from southern Africa with bands, DJs, comedy and zulu dancers and everything from rock and pop to techno, trance and house. Electronic duo Goldfish, SA singer songwriter Jesse Clegg and DJ Kent & Derek the Bandit headline.

The Soundgarden singer with the epic vocals and equally epic hair, back with his old band for some headline gigs in Hyde Park, strikes out on his own for tis acoustic theatre show. Expect him to draw from his extensive solo back catalogue, including last year’s Songbook and his ace debut Euphoria Morning.

Class of the week: space hopper

New Zealand Rugby 7s still in with a chance