Freddie, for whom work these days is cracking gags on A League of Their Own with James Corden and Jamie Redknapp, is confirmed to play for Lancashire in the T20 Blast.

This rather epic is pencilled in to be against Yorkshire in a game conveniently set to be televised next Friday.

The 36-year-old hasn’t played since he picked up a nasty knee injury in 2010 and has suffered an ankle injury since his comeback was first bandied about.

But he’s been proven fit and is lined up to play for his childhood club and in a Lancashire second XI before taking on the professional at Old Trafford.

If he comes through those fit it could be a massive week for the domestic short-form competition with Kevin Pietersen – a former England skipper like Flintoff – also slated to return for Surrey for the first time since his axing from the national set-up.

We guess his boxing career is over? 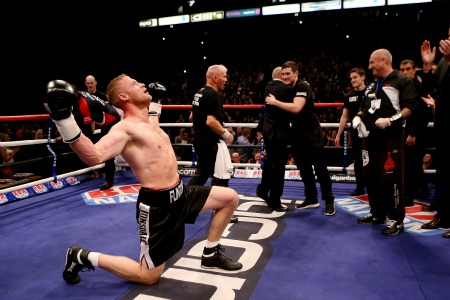 It’s a prank! iOS 7 does NOT make your iPhone waterproof