George Michael in hospital with pneumonia

Singer George Michael has cancelled his tour and been admitted to hospital with a bout of pneumonia.

Following recent chest infections and illness he has been taken to hospital in Vienna, Austria where he was due to perform next week.

The 48 year old singer songwriter, who has been touring recently with an orchestra on his latest worldwide Symphonica series of shows, has suffered bouts of ill health and cancelled a gig at the Royal Albert Hall in London in October due to a high temperature and a ‘viral infection’. 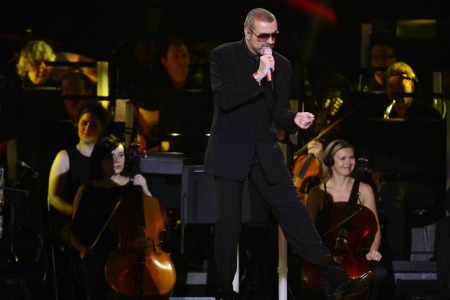 The singer performed last week in Milan on his Symphonica tour

A spokesperson for Michael said: “It started with a chest infection and developed into pneumonia, therefore he had to cancel some shows. When you have pneumonia it takes a while to get better,”

“Plans to reschedule these postponed tour dates will be provided when available. Doctors have warned him for the moment against flying and he is getting rest in Vienna”

The popular Wham singer and international solo star was given an eight-week prison sentence last year for drug-driving under the influence of cannabis. He served four weeks of the sentence before being released.

His twitter account was last updated a week ago during the tour, when he asked fans “How am I doing so far?”