Rugby League fans will be treated to some of the best players in the world when Australia take on arch rivals New Zealand at The Halliwell Jones Stadium – the home of Warrington Wolves – in October. The highly anticipated Gillette Rugby League 4 Nations clash will be one of the last chances for fans to see Australian Rugby League team captain Darren Lockyer in action before he retires at the end of the season following an illustrious 16 year career.

Joining Australia and New Zealand in the series will be England and 2010 European Cup winners Wales. The 2011 tournament is the third and final Four Nations series to take before the 2013 Rugby League World Cup, and will see all four teams face each other aiming to win the tournament at Leeds Elland Road stadium on 19 November 2011.

A limited number of London to Warrington coach packages will be made available to southern fans wishing to attend the game. Departing from and returning to central London on the day of the game, the discounted packages include a match ticket and will be priced at £39.50 (more information can be found below).

Tickets (including London to Warrington coach packages) are to go on sale at 9am Thursday 21 July 2011 at Seetickets.com priced from £20 (£10 concession). More information below:

Coaches will depart at 2pm from EMBANKMENT, WESTMINSTER, SW1A 2HR (IN FRONT OF THE TATTERSHALL CASTLE BOAT). Coaches will leave approx 45mins after the game has finished from the drop off point at The Halliwell Jones Stadium, Warrington. Exact time of departure will be printed on coach ticket sent in advance. Over 18s only. 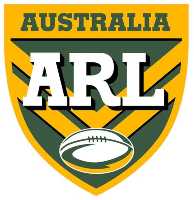 Man in the Sahara

Policeman reports teenage son for fraud after he runs up £3,700 gaming app bill on his Apple iPad