Going travelling – how to plan a big adventure

Going travelling? Here’s how to plan the trip of a lifetime.

Be committed
There’s a big difference between a holiday and going travelling. Holidays are great, but travelling is so much more. It may sound hackneyed, but it’s about stepping a zipped-trouser-leg out of your comfort zone, challenging yourself and that intoxicating, addictive sense of uncertainty; of possibility. Where shall I go today: Brazil, Belgium or Bognor Regis?

To travel properly you have to rid yourself of the shackles of security, routine and certainty; quit your job, your flat, maybe even your partner. Your trip needs to be a bigger commitment than four weeks (that’s a mere holiday). Throw yourself into it fully, or don’t bother. 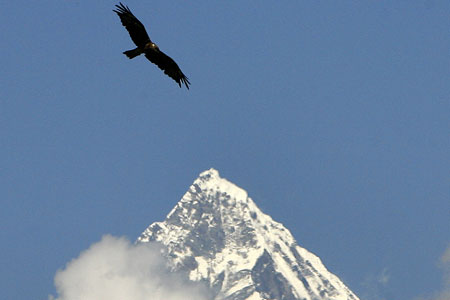 When and where
Travelling is not for everyone, but once you’ve got an inkling it’s for you (and be warned, one big trip is rarely enough) the two big questions are ‘where’ and ‘when’.

Sometimes one answers the other. If Rio de Janeiro’s Carnaval is top of your wish-list then you’ll probably be heading to Brazil in about February (the festival is held 40 days before Easter).

If you have a blank canvas, think about what you really enjoy doing and pair a country, continent or itinerary to your tastes and curiosities. Maybe for you travel is about experiencing alien cultures (India? Africa? Mongolia?), fulfilling those Indiana Jones fantasies (Latin America?) or “giving something back” (charity projects in developing countries?). Talk to people who’ve travelled, get guidebooks out of the library, get fantasising and planning.

Bear in mind many tropical places aren’t as fun to visit in their summer, which can mean monsoons, cyclones and stifling heat. Most countries will have a peak tourist season, which means tourism infrastructure is up-and-running, but you may need to book things well in advance and share hotspots with elbow-swinging pensioners. Generally speaking, if you can be flexible, shoulder seasons are often the best times to visit.

Length of trip
How long will your trip be? Money will probably be the deciding factor – as a rule of thumb you’ll always spend more than you budgeted for (flights become appealing after the 73rd over-night bus journey).

Travel is all about spontaneity, but it’s still well worth doing research. As well as looking at the best/worst time of year to visit particular places, it’s important to know what things might cost. Most of Asia and South America are wonderfully cheap, for example, whereas you won’t be eating out for £3 in Australasia or North America. Think about how long you can afford to stay in pricey places. 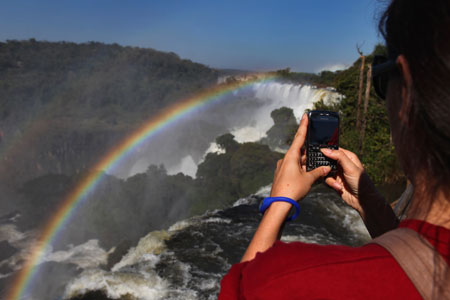 Planes, trains and automobiles
Also think about how you plan to travel. In some places it’s pretty much decided for you: in India it’s trains, in South America buses, while tours are recommended for most of Africa. But don’t be afraid of being more original: buying a campervan or cycling.

Those keener to make a trip last and last might want to think about things like Couch Surfing (couchsurfing.com) and WWOOFing (wwoof.com), both great ways to meet locals and save money.

Get booking
Do any parts of your trip need to be booked in advance? The Inca Trail, for example, needs to be locked in about three months ahead, add a couple more months on to that for accommodation for New Year’s Eve in Sydney.

Who to go with
For some, one more big decision will be whether to travel with a friend, or friends (most say three is better than two) or go solo? Both have pros and cons. Many good friends, and lovers, fall out while travelling, while many great friends and lovers meet each other on the road.

If you’re going solo, you may want to go on a tour and learn a language (important for somewhere like South America).

If you’ve already found a sidekick, ensure you have both clearly expressed what your expectations are for the trip. For example, are you both happy to slum it, stay in dorms, eat in markets and get the cheapest buses? Otherwise it might be better to say ‘adios’.

On your way
Often after months of planning, it feels like the big day will never come. Then suddenly it’s about to engulf you and it can feel overwhelming. But fear not, you’re about to have the time of your life. I promise. 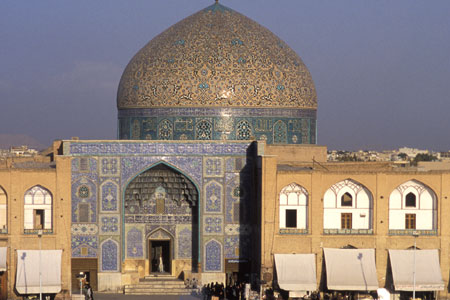 Where to go on your epic travel adventure

What: Think roof down, empty road stretching to the orange horizon, desert shimmering on either side and a couple of mates in the back – think a North America roadtrip. The US has glorious national parks and gleaming cities, while there are the epic wilds of Canada to the north and much underrated Mexico, with astonishing ruins and Caribbean beaches, to the south.

For who: Those who have saved up well (and want a less stressful trip).

Where: In the US itself, road trip possibilities are endless – the West Coast is perhaps the most unmissable – but the real epic would be Alaska to the Yucatan Peninsula.

What: The land where clichés come true; of natural splendour, singing tribespeople and some very frightening animals.

For who: Real travellers, maan, who want to go it alone on bone-shuddering trucks and local buses, but most book tours.

Where: Nairobi to Cape Town is the classic, but there are plenty of sidetrips worth taking along the way; to Tanzania, Zambia, Botswana and/or Mozambique.

What: A region of culture and contrast and of cities you thought only existed in the Bible.

For who: Those who want different stories and photos (and who are happy to keep their cleavage covered).

Where: Egypt for those famous pointy things, mosques in Iran, desert ruins in Syria, surprising sophistication in Beirut, Lebanon, and the world’s holiest city, Jerusalem (Israel).

What: The world’s longest and most legendary railway journey.

For who: People who’ve fully charged their iPod batteries and have packed The Complete Works of William Shakespeare.

Where: The 9,259km sore-backside-athon will take you from Moscow all the way out to the Sea of Japan. But ideally, you stop off to explore fast-changing Asia along the way.

What: The land of samba, tango, the Andes, the Amazon and football.

For who: Adventurous types, with some español preferred. It’s a tougher ask for the first-time traveller, but the trophies are well worth the toil.

The Himalayas
The jewel in the crowns of India, Nepal and Tibet and home to Everest, a more rugged but beautiful environment is hard to find.

Central Asia
Pakistan and Afghanistan may be politically unstable but Turkmenistan, Uzbekistan, Kyrgyzstan and Tajikistan are safe and unspoilt.

The rest of Africa
There’s the whole of the rest of the continent to explore. In the west, Senegal, Gambia, Ghana, Mali and Cameroon are among the safer countries, with good links to other parts of Africa.

Alaska-Antarctica
Take in all that North, Central and South America has to offer by going from top to bottom. You’ll need money and time, but few will be able to top this trip.

Five months to go
Buy a plane ticket. It will probably be your single biggest expense so shop around. For longer flights it pays to buy well in advance. Look into visas. Some require queuing at an embassy, handing over a fair wedge and even leaving your passport with them. Others are a simple online transaction or a quick stamp at the border, so check embassy websites. Make sure your passport isn’t going to expire.

Two months to go
Get travel insurance – the risks just aren’t worth it. Shop around, but ultimately you tend to get what you pay for. Does that bargain basement quote actually cover your camera? How about “extreme sports”, like skiing, scuba diving, trekking at altitude? Also, speak to a doctor about what vaccinations and tablets you need. And how comfy’s that backpack? Especially if you’ll be trekking you want a bag that fits properly.

One month to go
Order any foreign cash and inform your bank where you’ll be. You should photocopy your passport, any visas and jot down crucial digits, along with lost or stolen phone numbers for your bank/credit cards and any other crucial info (then email it to yourself). Set up a blog so your mum knows you’re safe, and have that leaving do.

World Cup results will be displayed on Tube platforms