ANTS’ biggest show outside Ibiza will see Groove Armada DJ alongside ANTS residents and other headline DJs to be announced.

Groove Armada has been at the forefront of house music for 2 decades and equally happy playing big stages or sweat-soaked basements. Their breakthrough releases, the downtempo anthem ‘At The River’ and million selling album ‘Vertigo’ has led to the act releasing 7 studio albums to date plus a Fabric Live album in 2016.

One of Ibiza’s most respected electronic music gatherings, ‘The Colony’, as it is known to its legions of supporters, will invade London’s 02 Academy Brixton for its second party in the capital, following its sold out show at Electric Brixton in February 2016.

Not many music collectives have seen a meteoric rise to the top of the electronic music scene quite like ANTS, with the brand growing from its Ibiza base to host main stages at festivals and high profile club shows across the globe.

After launching at Ushuaia, Ibiza in 2013, ANTS has evolved into one of the most essential Ibiza parties, drawing the island’s clubbing cognoscenti as well as clued up clubbers from around the world. It is internationally renowned for its perfectly curated underground line-ups and monster production, creating unique and unforgettable experiences.

The groundbreaking Ushuaia residency has since led to ANTS events in Miami, Dubai, Hong Kong, Mexico’s BPM festival and Snowbombing, among other prestigious locations.

The legendary O2 Academy Brixton has hosted some of the most influential names in the scene with Carl Cox, John Digweed, Moderat, Four Tet & Caribou all hosting sold out shows at the venue over the years. The state of the art sound system and massive production values make this one of the hottest venues in the country. Easter Thursday will witness the ANTS take over as the colony evolves… 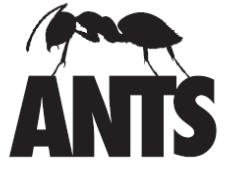