The Gumball 3000 Rally kicks off today in Covent Garden, London, and car-loving crowds have gathered to check out some of the motors before the flag drops at midday.

More than 120 super-cars are currently on show, revving up to take part in the Gumball 3000 Rally which will see a mix of the famous and the flamboyant taking part in a 300-mile race across Europe. 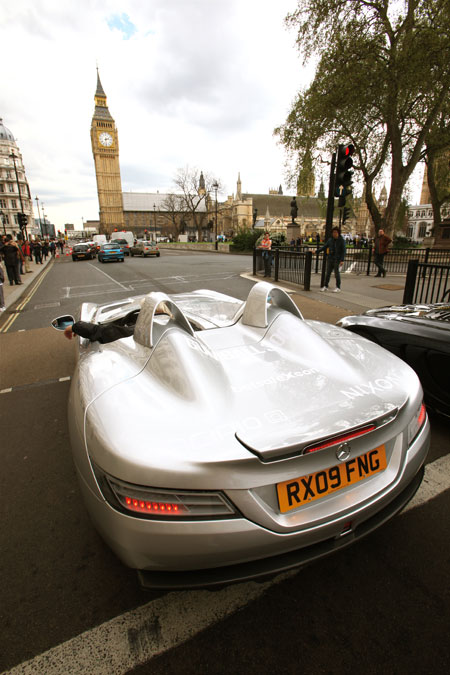 And the cars? Racing in the Gumball 3000 Rally – and all pimped to the nine’s – will be Pagani Zondas, Bugatti Veyrons, Ferraris, Lamborghinis, Rolls Royces, Bentleys, Aston Martins, Jaguars, Porsches, Morgans and several Lotus’s and more than 20 eco and concept electric cars.

London rioters and looters identified on websites and Facebook