The 40-year-old mother of two looks smoking hot as she shows what actually eating and exercising right, as opposed to just thinking and talking about it, can yield.

"After a 7am cup of green tea, breakfast is either a "Think Thin"

supplements and "a handful of blueberries (optional)," she said.

sort-of grassy lemonade" – and on to a lunch of "super low carb,

on tiny) bit of olive oil. Season well and grill. Serve with the steamed

vegetable or vegetable salad of your choice."

She also told Vogue: "Oh, I had to work hard to get it like this, but now

I'm here it's so great because I don't have to think about it. I can just

enjoy life. What a relief that is.

"I can eat what I want as long as I exercise, which is just as well,

because if I put the word 'diet' into my brain, I immediately gain a stone." 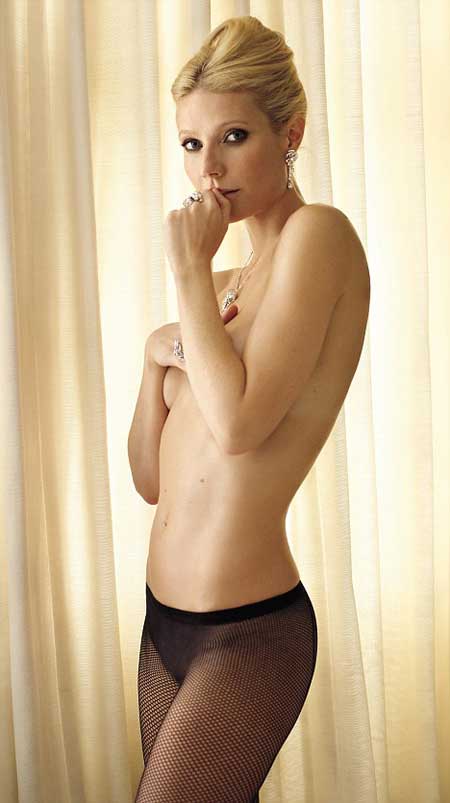