“I just can’t believe how amazing the car is,” Hamilton said on the podium after finishing ahead of team-mate Nico Rosberg who claimed second and Ferrari’s Fernando Alonso in third.

Hamilton started on pole and by the third lap was in complete control – an impressive, if not slightly routine win.

Rosberg’s was an equally good drive, the German coming back from sixth at the end of lap one to show just how good the Mercedes car is.

Rosberg still tops the championship, four points ahead of Hamilton and Mercedes are miles in front in the constructor’s championship on 154 points. 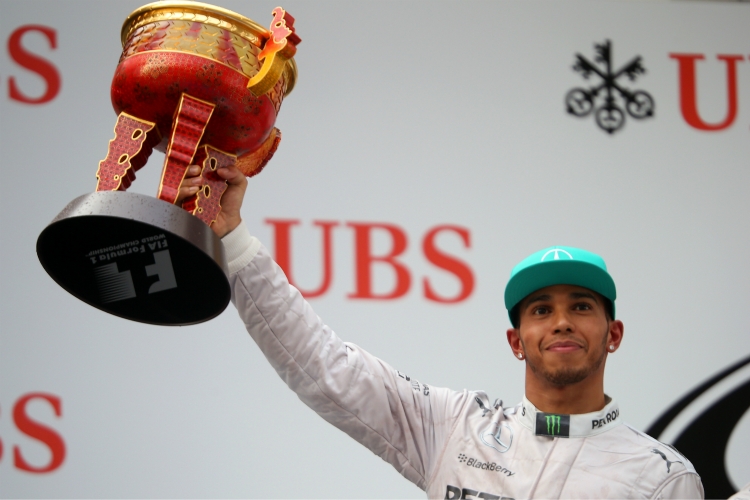