Jackman’s impressive weightlifting to the point that the bar is bent under the strain is enough to get you sweating just looking at this photo, which was retweeted by fans thousands of times.

The tweet suggested Jackman, who is currently starring in the latest X-Men spin off The Wolverine, is in preparation for yet another Marvel comic book adaptation – this time ‘Days of Future Past’, produced and directed by Bryan Singer – the seventh film in the X-Men series. 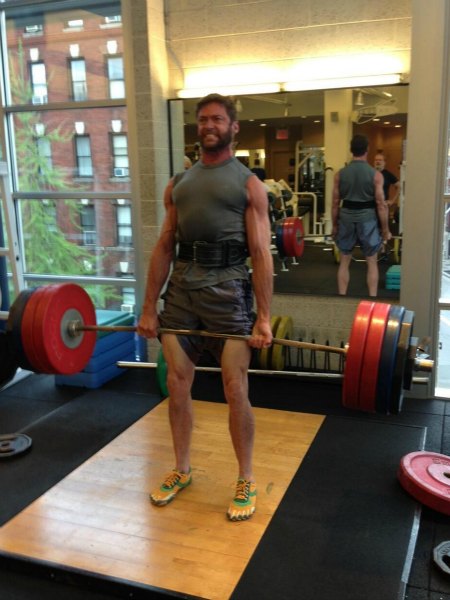 Grrrr….The mighty Wolverine bulks up with some seriously impressive lifting