“Does he spend a great deal of time in the slums? Yes.” official biographer Sergio Rubin told Associated Press. Much has been made of the new pope’s humble ways.

The facts to emerge about Pope Francis so far include that he is the son of an Italian railway worker and that he has survived for the past 50 years with just once lung following an illness in his early years. He is a keen participant in social outreach in communities as a way of spreading the word of the church.

According to The Guardian Bergoglio also instructed fellow Argentinian Catholics not to spend money on travelling to Rome to celebrate his election, but instead telling them they should give the money to the poor. 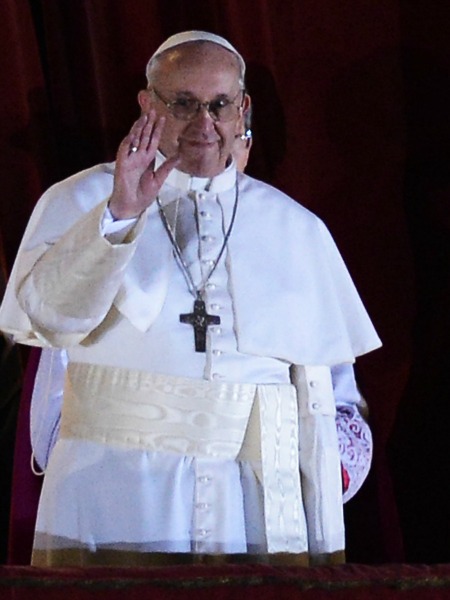 Francis also visited a hospice in 2001 and met HIV/AIDS patients, where his ceremonially washed and kissed their feet, as well as in 2008 blessing recovering drug addicts in a similar fashion, according to CBS News. A video showing photographs from the event has emerged on YouTube.

“Bergoglio’s reputation for personal simplicity also exercised an undeniable appeal – a Prince of the Church who chose to live in a simple apartment rather than the archbishop’s palace, who gave up his chauffeured limousine in favor of taking the bus to work, and who cooked his own meals,” said John L. Allen Jr. of the National Catholic Reporter, in reference to the 2005 conclave when Bergoglio was a front runner for the job.

“In our ecclesiastical region there are priests who don’t baptize the children of single mothers because they weren’t conceived in the sanctity of marriage,” Bergoglio once told his priests, in a criticism, “These are today’s hypocrites. Those who clericalize the Church. Those who separate the people of God from salvation.”

Pope Francis is the 266th head of the Roman Catholic Church and the first non-European to take on the role in nearly 1,300 years.

Meanwhile, a fake twitter photo said to be from Argentinian football legend Diego Marradona is doing the rounds, created by Irish sports website The Score… 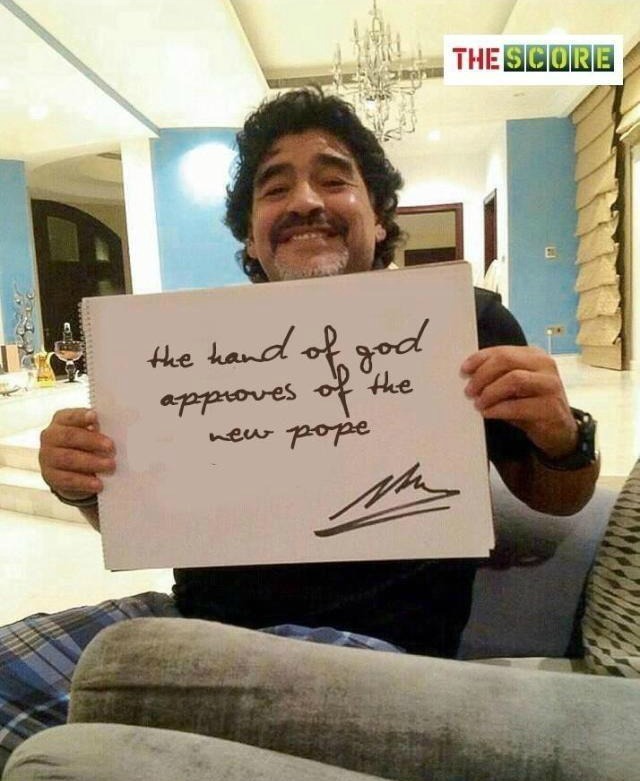