Kelly Brook has lost the baby she was expecting with boyfriend Thom Evans. Brook was five months into her pregnancy when she miscarried last week.

An “inconsolable” TV presenter Brook, 31, is now recovering at home with her family and partner – former Scottish rugby star Evans – as she comes to terms with the loss of her baby.

Kelly Brook’s spokesperson confirmed that the actress had miscarried.

“I can confirm Kelly and Thom have very sadly lost their baby,” Jonathan Hackford said yesterday.

A source described Brook as “inconsolable”.

“Kelly is absolutely devastated. The baby wasn’t planned but she was thrilled and it would have been the best-loved little girl in all the world,” the source said.

“She has always wanted children, and although she hasn’t been with Thom long, they were so excited about becoming parents.

“Now all those dreams are shattered and poor Kelly is inconsolable. Thom is a tower of strength for her but he’s grieving too.” 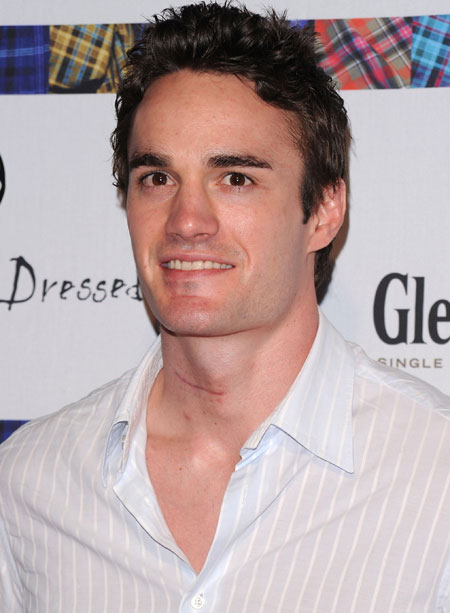 Thom Evans, Kelly Brook’s partner, has been described as a “tower of strength” after the couple lost their baby.

Kelly Brook announced her pregnancy on Twitter in March, surprising many fans.

Brook had met Evans, 26, in a nightclub only months before but told friends she knew he was “the one”.

“This baby is not the result of me suddenly becoming broody because I have hit my 30s,” Brook said.

“It is simply that I have met someone that I am happy to share that responsibility with.”

Kelly was a lad mag favourite before getting a job presenting role on Channel 4’s Big Breakfast. She has also starred in films such as School For Seduction and last year’s Piranha 3-D.

Brook’s agent has asked that the couple be allowed space to grieve for her baby, saying:

“They request that everyone please respect their privacy at this very painful time and there will be no further comment.”

Fans and celebrity friends have been pouring out condolence messages on Twitter.