It’s down to the last four in the Champions League

The tournament’s semi-finals, the first legs to be played this week, pit Chelsea, the sole surviving English club, against the might of Barcelona, while, in the other tie, Real Madrid take on Germany’s Bayern Munich.

The Spanish clubs may be favourites to go toe-to-toe in the May 16 final, which would be the ultimate grudge between arch-rivals. But as ever, in football, there’s room for surprises, for the odd twist in the tale. If you plan on an early start to watch, then here’s all you need to know.

Form: After winning their group, the German powerhouse moved relatively untroubled through the knockout phase of the tournament, recovering from a surprise loss away to Basel to thump them 7-0 in the return leg before steamrolling Marseille in the quarter-finals. Domestically, Bayern have maintained their awesome consistency and have already secured a spot in next year’s Champions League by finishing in the top three. They are still in the hunt for the title but will likely be forced to settle for second place given they are a couple of games adrift of Borussia Dortmund.

Key player: Dynamic midfielders Franck Ribery and Arjen Robben are slick enough and industrious enough to cause jitters in even the most experienced defences, but Mario Gomez is the man who has been on the end of Bayern’s best moves, the striker scoring 11 times to be the tournament’s second-most prolific forward, behind only Lionel Messi.

Outlook: They’re every chance of upsetting Real Madrid at home but might get turned over when they go to the Bernabeu. Still, they’re definitely the dark horse. 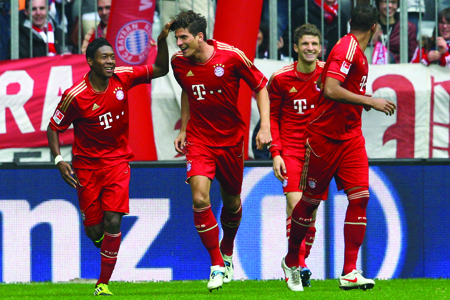 Form: Their performances in the Champions League have been as impressive as any side’s – they were unstoppable in the group stage and haven’t looked like losing a game at any point in the tournament, a draw against CSKA Moscow the only blemish. Domestically, they’re on track to break Barcelona’s run of three straight La Liga titles, although this weekend’s El Clasico could alter the course of the season. Should they clinch the Spanish League and a European title, José Mourinho will have yet another feather in his cap.

Key player: Cristiano Ronaldo was a remarkable player while at Manchester United but he may have become even better since heading to Real, where he is the top scorer in the current Spanish season. He hasn’t been at his absolute best in the Champions League, though, where the scoring has been spread more evenly.

Outlook: The smart money is on an all-Spanish final and Real would love nothing more than to beat Barcelona on the biggest stage of all. They have the talent to do it.

Form: It’s been a rollercoaster season for the lads from Stamford Bridge. They’ve suffered through one of the worst Premier League campaigns since Roman Abramovich turned up 10 years ago, but their progress in the Champions League has delivered an impressive silver lining. Their come-from-behind win over Napoli in the first knockout stage was a stirring rejoinder to critics who, following the sacking of André Villas-Boas, believed Chelsea’s culture, dominated by the old heads, had gone soft. They have improved domestically, still scrapping for a top four finish.

Key player: There are the usual suspects for Chelsea – the likes of Frank Lampard and John Terry – but if the Blues are to upset Barcelona, other players will need to find an extra gear. Fernando Torres has been a dead weight since arriving from Liverpool but there has been improvement recently.

Outlook: Hard to see them getting past Barcelona but still need a strong showing, if only to keep morale high for the final stages of their Premier League season. 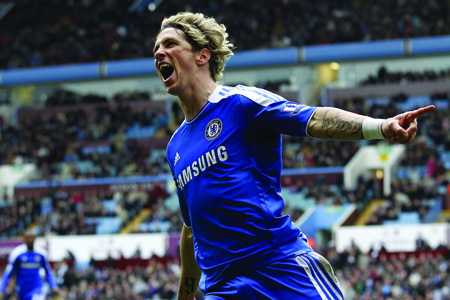 Form: Given the exceptional quality of Barcelona’s football over the past three years, it might seem ridiculous to suggest they have dropped off the pace, but the fact they have been leapfrogged by Real Madrid in La Liga is unlikely to sit well with those in charge at Camp Nou. Still, they have been in dazzling form – they thumped Bayer Leverkusen in the first knockout stage and then surged past AC Milan to book their spot in the last four. Barcelona have won everything under the sun in recent years, so will be expected to turn it on now that the stakes are at their highest.

Key player: Is there any question? It’s got to be Lionel Messi, the Argentinian pinball whose performances this year have led some to talk about him as the greatest player ever. That may be premature but if the little man leads Barcelona to yet another European title, his claim will be enhanced. Certainly, he’s one of the most watchable players of all time.

Outlook: Should have too much firepower for Chelsea and then, should they face Real in the final, it will be a toss-up, with some epic mind games the only certainty.

Video: Girl caught by passersby after falling out of 5th floor window