The Australian Election: A Game Of Polls video, made by Juice Rap News, spoofs the forthcoming election with Wikileaks’ Assange appearing to lip-synch in a segment of the  six-minute clip.

“We gotta make things leak, so we can get much bolder, we’re all wire-tapped now, we’re all being fed lies,” Assange sings to the tune of John Farnham’s 1987 Aria Best Single winning song You’re The Voice. 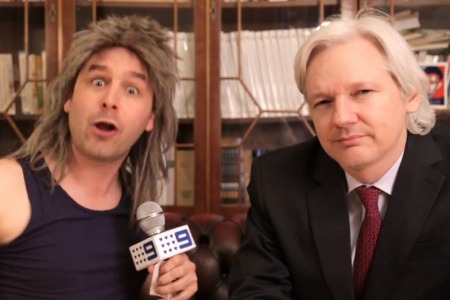 Assange’s clip was filmed in the Ecuadorian Embassy in London where he has been holed up for over a year and granted diplomatic asylum.