A lesbian Justin Bieber lookalike has become a success on YouTube. 22-year-old Dani Shay, a folksinger from Orlando, America, describes herself as “a lesbian who looks like Justin Bieber, but is uniquely different in her own ways.”

“Before I even knew who he was, no matter what I was wearing, I would be asked for photos, autographs, et cetera,” she said.

However the female version says she’s not trying to copy Justin Bieber’s style to give her own career a push. 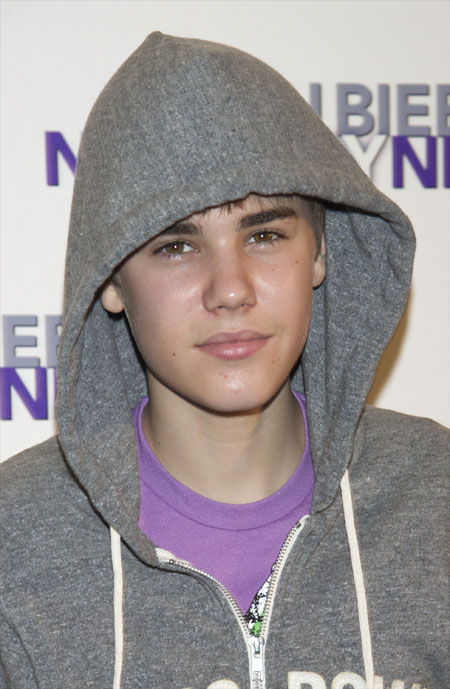 The real Justin Bieber. Probably not a lesbian.

In the YouTube video in which Dani performs her song What the Hell, parody of Bieber’s hit Baby, has already had close over 400,000 hits on You Tube.

Lyrics to What The Hell (Baby – Justin Bieber parody) include:

‘I guess you noticed, I guess you care/ About the way I flip my hair.’

‘And I was like “what the hell are you talking about?/ This face has always been mine’.

Well, there’s now a website for ‘Bebians’, lesbians who look like Justin
Bieber, where they can upload pictures of themselves to the site, as well as
buying merchandise with the slogan ‘I’m not Justin Bieber.’ Check out lesbianswholooklikejustinbieber.tumblr.com