The singer spray-painted cartoon faces on the outside wall of a hotel in the Gold Coast earlier this week whilst on tour in Australia.

The hotel said they were happy to have his work on their walls but Gold Coast City Council said the pop-star must remove the graffiti.

The hotel said in a response to a comment on its Facebook page: “We are stoked to have Justin Bieber’s artwork on our wall.”

It added that it had given Bieber permission to paint on the wall.

However, Gold Coast City Council said that although the graffiti was on a private property, it was an eyesore to the public.

A mayoral spokesman said: “The city has a zero tolerance approach to graffiti. The mayor will contact the hotel to say that if Justin Bieber does not want to use the free graffiti removal kit left with him, then the hotel is expected to use it.

“If not, we will send council compliance officers to ensure the mess is taken care of.”

Earlier this month Bieber was charged with defacing a building in Brazil. 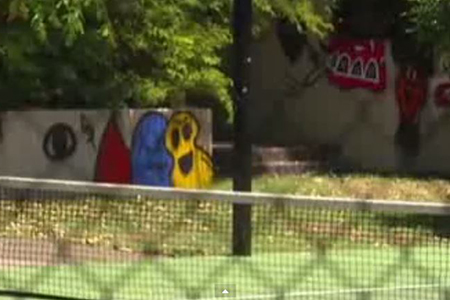