Knightley plays psychiatric patient Sabina Spielrein in David Croneberg’s new movie about Sigmund Freud and the birth of psycholanalysis, in which she has a vaiety of sexy scenes, including getting spanked with a cane by Michael Fassbender’s Carl Jung.

For scenes in which her character enjoyed a little ‘personal pleasure’, Knightley practiced a variety of faces in front of the mirror and then showed Cronenberg over Skype for his thoughts and suggestions.

She says: “It was a huge part of what Sabina was doing a lot of the time. So I asked psychoanalysts about it and they said, ‘Sex and anything like that is trying to release energy, trying to release pent-up emotion’.

“So I worked with that and sat in my bathroom and pulled faces at myself for about two days, trying to figure out what it was going to be. 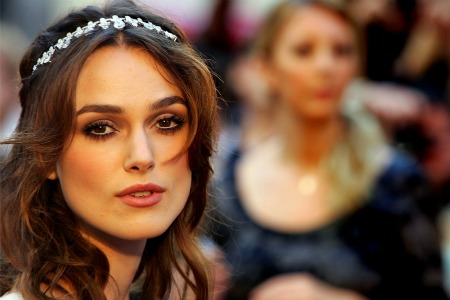 Knightley has also revealed that she had to have a couple of vodka shots in order to relax for some of the movie’s steamier moments, including the aforementioned spanking scene which they toasted completing with a glass of champagne.

It’s a tough job being an actress, by the sounds of it.

World will end on May 21, says New York pensioner