The track, which will feature on her forthcoming EP – A Very Gaga Holiday –includes an extra verse, written by Gaga.

Halfway through the track, the singer explains: “So as you can tell, I’m very outgoing and a little bit shy, but I’ve decided that this song is just too short. It’s such a beautiful Christmas song but it’s only one verse, so I added an extra one.”

A Very Gaga Holiday will be released on November 26 and will include acoustic versions of Orange Coloured Sky, You And I and The Edge Of Glory.

Meanwhile, the singer launched her Gaga’s Workshop at Barney’s New York. The pop-up shop is selling 170 products inspired by Gaga. 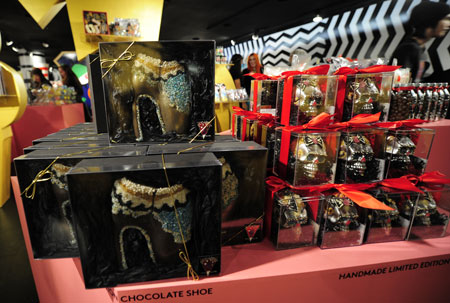 If you’re stuck for present ideas and happen to be passing Barney’s, Gaga’s Workshop is selling cookies, books, leather jackets, toys and Gag-esque armadillo-shaped shoes and glittering skulls made of chocolate.

A giant sculpture of the singer, teetering on spider-like legs, is on display.

Gaga said: “There’s all sorts of affordable presents here, and they are guilt-free.”

A portion of the sales from Gaga’s workshop will be donated to her Born This Way Foundation, which focuses on youth empowerment and equality. 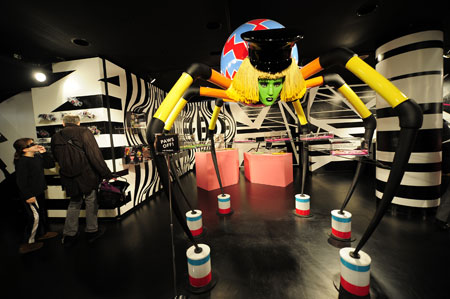 Lady Gaga paid tribute to Amy Winehouse on Radio 1, when Zane Lowe played Back To Black in its entirety.

Asked what the album meant to her, Gaga said:

“It’s interesting that celebrities sometimes get such a bad wrap for being sad but in truth Amy was incredible at singing the blues – she lived the blues, she lived jazz. I believe she will be remembered as a musical legend.”

Brits struggle to switch-off and relax on holiday