London diary: The best events on in the capital this week, Oct 8 – 14

This five-week celebration is now in its ninth year. There’s all manner of German and Austrian beers on hand to sample, plus waitresses in dirndls and ‘Oompah’ music, too.

Entrance is free on Wednesdays and Thursdays with a £14.50 weekend fee including a stein of lager to get you going.

Time to get your drinking face on!

If it’s raining outside, then duck into the shelter, drink in hand, for some indoor sports.

Take the Pongbot Challenge, in which you face off against a ping pong robot, with wall-to-wall ping pong tables spread out across two floors in this east London table tennis haven.

Grab a bat, and a glass, and get crackin’.

Forget the Olympics, this film festival puts the focus on extreme sports – kayaking over waterfalls, mountain biking down the sheer drops of the Himalayas, that sort of thing.

This national festie is spread over three themed nights – Endurance, High Altitude and Adrenaline – featuring the most bonkers athletes you can imagine.

Two months of eye-catching photography comes to east London, bringing together the finest photographers working today and giving them a platform to reach as wide an audience as possible.

Among the exhibitions are Pages Of Hackney and Travellers’ Children, as well as a series of talks and workshops, too. 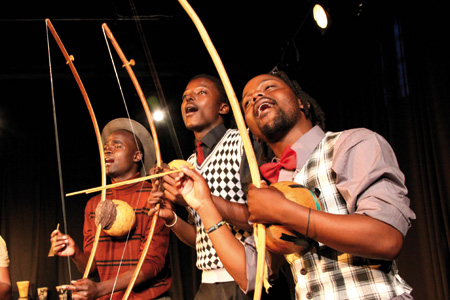 This biannual festival celebrates the very best in performance from South Africa and beyond. Theatre, art, dance, music and spoken word comprise the programme, with the Township Café on hand to serve up authentic South African fare.

As well as all this, there are post-show talks, late night music and workshops, so you can get involved and pick up a few skills along the way.

Femmes By The Thames

An evening of female comedy and cabaret headlined by Zoe Lyons, who’s played around the world, was a hit at the Melbourne International Comedy Festival, and has been seen on Mock The Week and Michael McIntyre’s Comedy Roadshow.

This exhibition is quite literally pants, but pants of only the most high-end designer variety.

London store Austique holds a knicker salon at its two London stores in Chelsea and Marylebone.

Go for a selection of the most luxurious and sought-after undies out there.

Be your own boss