London Scene: The best of London’s stage and screen this week

You can expect improvised music, comedy and, more than likely given the developments of last week, a little political commentary, too. The versatile New Yorker is a wholly unique performer – a one man band/show/rapping powerhouse, if you will – who has to be seen to be believed.

EXHIBITION | Death: a self portrait

Fascinating, slightly macabre and, sadly, relevant to all of us, the Wellcome Collection’s new exhibition looks at society’s attitude to death and mortality. Chicago collector Richard Harris’s private collection brings together more than 300 artefacts, photos and bits and bobs related to our own finite amount of time on this earth. 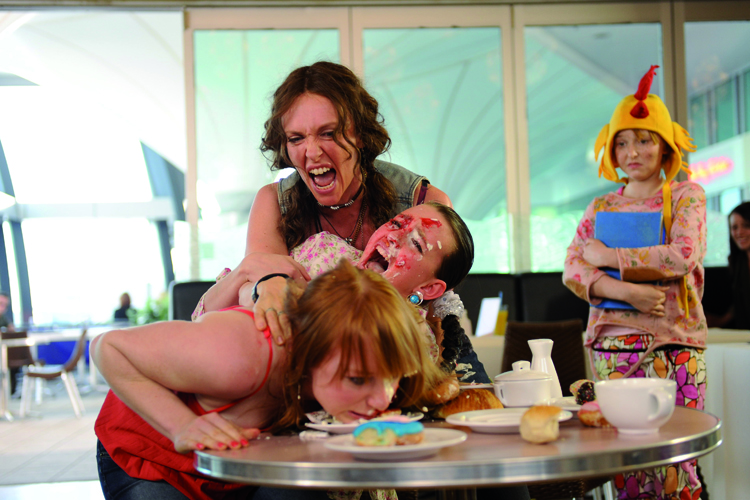 Toni Collette is the wacky nanny of five kids in this new comedy from the director of Muriel’s Wedding, PJ Hogan. As fans of Collette and Hogan’s earlier effort will appreciate, Mental mixes brash, in-your-face comedy with emotional drama for a totally unique movie, albeit one that is likely to polarise audiences with its take on mental illness.

On general release from Nov 16

Trying to make a living as an actor isn’t easy; glowing reviews are no guarantee of the big time. But according to actor and first-time playwright Nathaniel Martello-White’s new play it’s even harder if you’re black – or (as he calls his characters) brown or yellow. An occasionally self-indulgent satire with snappy banter. LK

They finally fucked, putting the franchise’s no nookie ‘til marriage vow in the trash, but all is still not well for the emo-kids. Bella and Edward’s born-a-vamp-daughter violates some bloodsuckers code, angering the Volturi. Again. Bill Condon (Dreamgirls) is the latest to call the shots in this fantasy series which, to be honest, outstayed its welcome ages ago.

On general release from Nov 16

As Lucy Kirkwood reminds us at the end of her short, witty two-pronged attack on the magazine industry, women may have the vote but they still have a tough fight ahead of them. NSFW (‘not safe for work’) takes us into the bloke-ish offices of lads’ mag Doghouse, then to the sleek offices of woman’s magazine Electra. Very funny. LK

Surf’s Up in Sydney: Welcome to Surf School

Eight reasons you need to visit Ruka in 2016