London sound: top gigs in the capital this week

The name might be Guns N’ Roses, but this is not the Guns N’ Roses you used to know. First up, there’s no Slash, no Duff, no Izzy Stradlin or Steven Adler, even. There is, though, W Axl Rose, his ginger braids and Paradise City, Sweet Child O’ Mine and Welcome To The Jungle, which is enough for us. Time has not mellowed the fiery one, though, and he recently spurned the chance to bury the hatchet for the group’s induction last month into the Rock and Roll Hall of Fame. Rather than turn up with his old bandmates and delight Gunners fans worldwide, Axl instead refused to attend and penned a longwinded letter explaining how the induction in some way slammed him and his art.

But no one goes to see Guns N’ Roses these days expecting the band they first fell in love with. Rather, people go along to hear the tunes – the classic ones rather than the overblown and, predictably underwhelming, Chinese Democracy ones – and to see whatever batshit-crazy state Axl is in these days. One thing you can guarantee is that you’ll hear some of the best rock songs ever written.

Gig: Coldplay + Marina and the Diamonds

Chris Martin and co bring their melancholic rock to the masses. There will be singalongs aplenty, probably a much enthused ‘thank you for coming to see us’ from the ever-humble Martin, and lighters-in-the-air moments as the band cranks Yellow and The Scientist. It’s easy to mock them, but they excel at these shows.

The weather last week signalled the start of summer (we hope) and now the season’s first festivals kick things off in the capital. The Vaccines, Franz Ferdinand, Sleigh Bells and Metronomy star at this willfully leftfield-and-proud-of-it city-centre bash. Top fun. Just cross your fingers and pray for more sun. 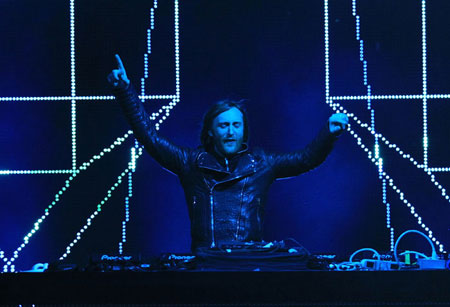 The one with the silky hair headlines his largest shows in the capital with these two gigs at Ally Pally. After slaying dancefloors and charts across the world with his smooth, dance-pop, Guetta will be bringing a stage show to match, so be prepared for some serious, pop-tastic offerings from the French DJ.

This year’s Garden Festival in Croatia gets a warm-up party in the capital, with producer  and DJ Legend Greg Wilson on hand to kick things off with a bang, and support coming from Dom Chung and Sean Brosnan. The boat sets sail at 8pm sharp, so latecomers will miss out on this night of top tunes on the Thames.

Club: Gawd Save The Queen

With everyone else going nuts for the Queen, this tongue-in-cheek indie-pop bash decides, reliably, to mock the whole monarchy, and rightly so. You can expect a confetti canon 12-gun salute, more bunting than The Wicker Man, and loads of good-natured ‘sod the Queen’ banter. Betcha Harry would love it.

The best of Jamaica